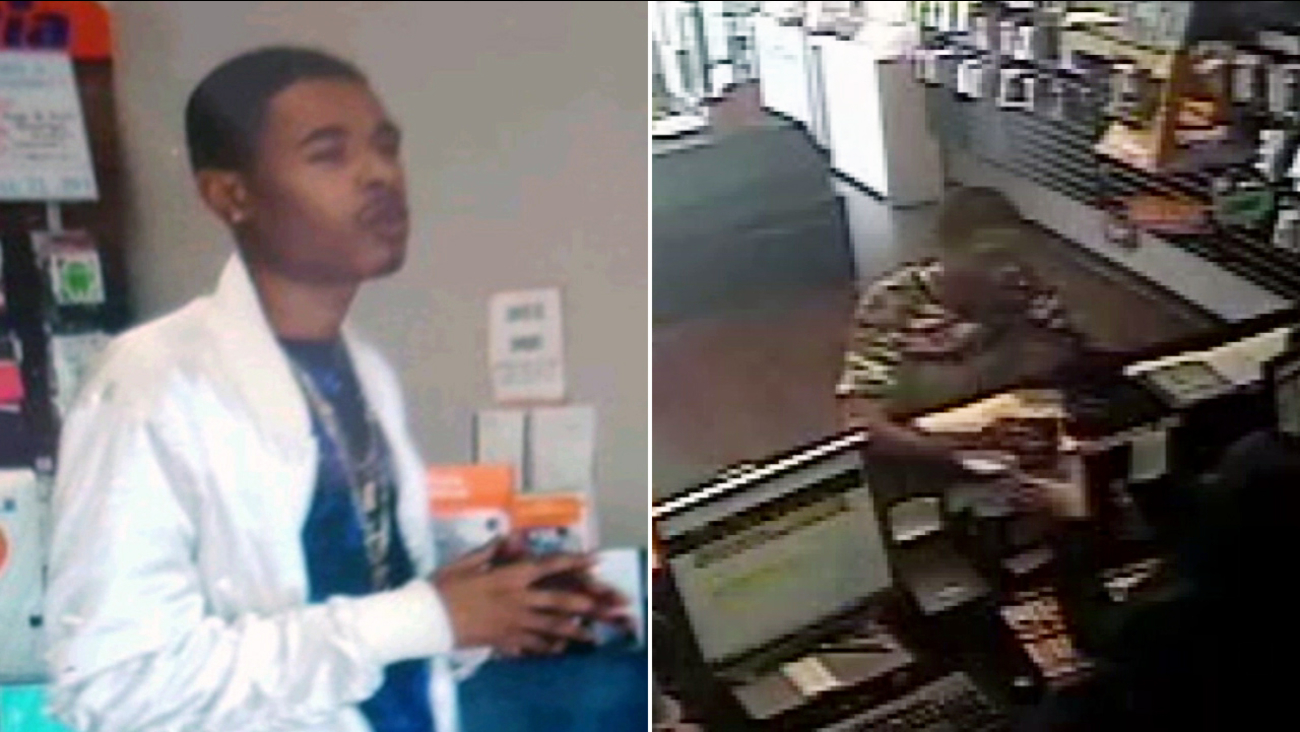 LAPD said a suspect was wanted for cellphone thefts in Winnetka and Oxnard on Tuesday, May 16, 2017.

The Los Angeles Police Department said the thief went into the Boost Mobile located in the 19700 block of Vanowen Street in Winnetka at about 12:25 p.m. on Tuesday.

The suspect asked the worker to see the new Apple iPhone. When the employee declined and referred him to the cellphone models on display, officials said the suspect, who was African American, accused the salesperson of being racist.

Fearing being labeled a racist, authorities said the clerk let the suspect see the iPhone. Once the phone was in reach, police said the thief grabbed it and ran from the store.

Investigators said at about 2:50 p.m. that same day, the suspect entered another cellphone store in Oxnard and used the same tactic to steal another iPhone and a Samsung Galaxy S8.