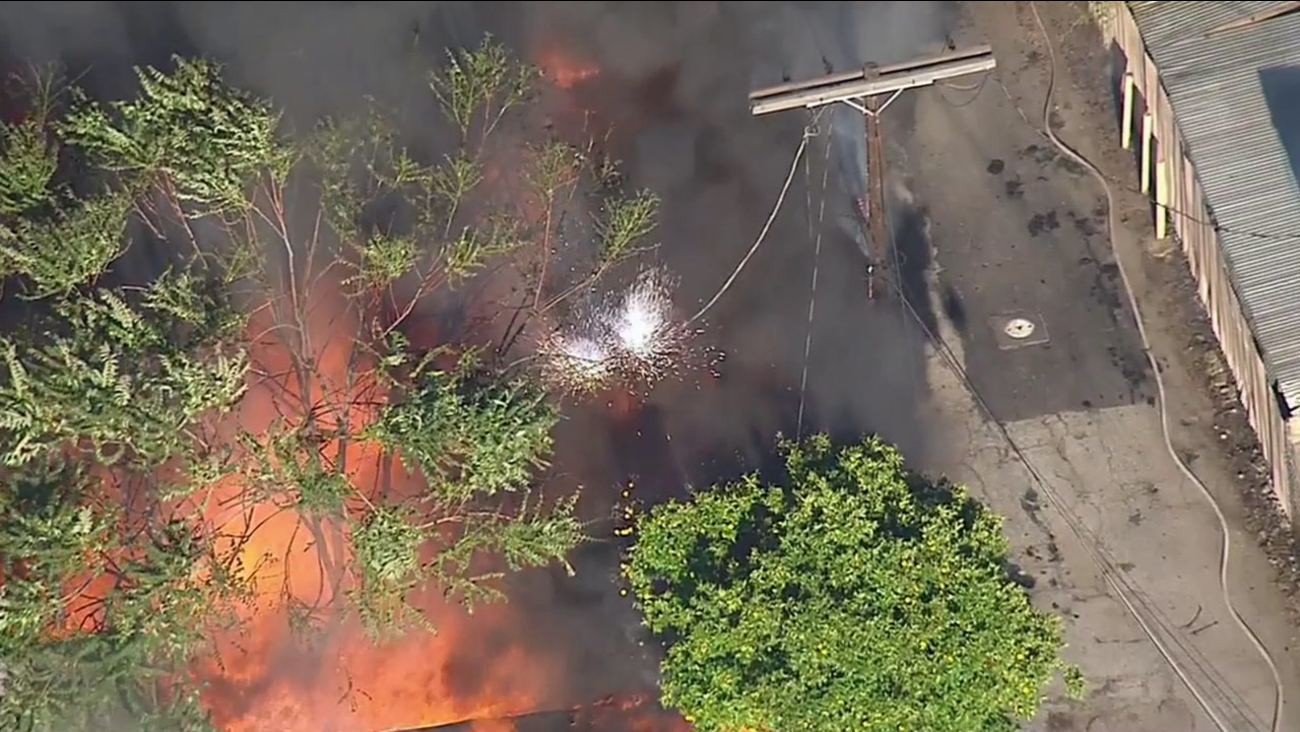 Sparks fly after a large fire breaks out at a shed of a Lincoln Heights home on Friday, May 1, 2015.

The blaze broke out at about 5:45 p.m. at a shed in the 2300 block of Hancock Street, said Shawn Lenske, a Los Angeles Fire Department spokesman. The flames then spread to nearby sheds and a motor home, Fire Chief Andrew Wordin said.

Fifty-eight firefighters responded to the scene, dousing the flames with water and using axes to ventilate the roof and keep the fire from spreading. Affected power lines were also cut to avoid danger to nearby structures.

The flames were knocked down by about 6 p.m. No injuries were reported. Three buildings in the area were damaged.