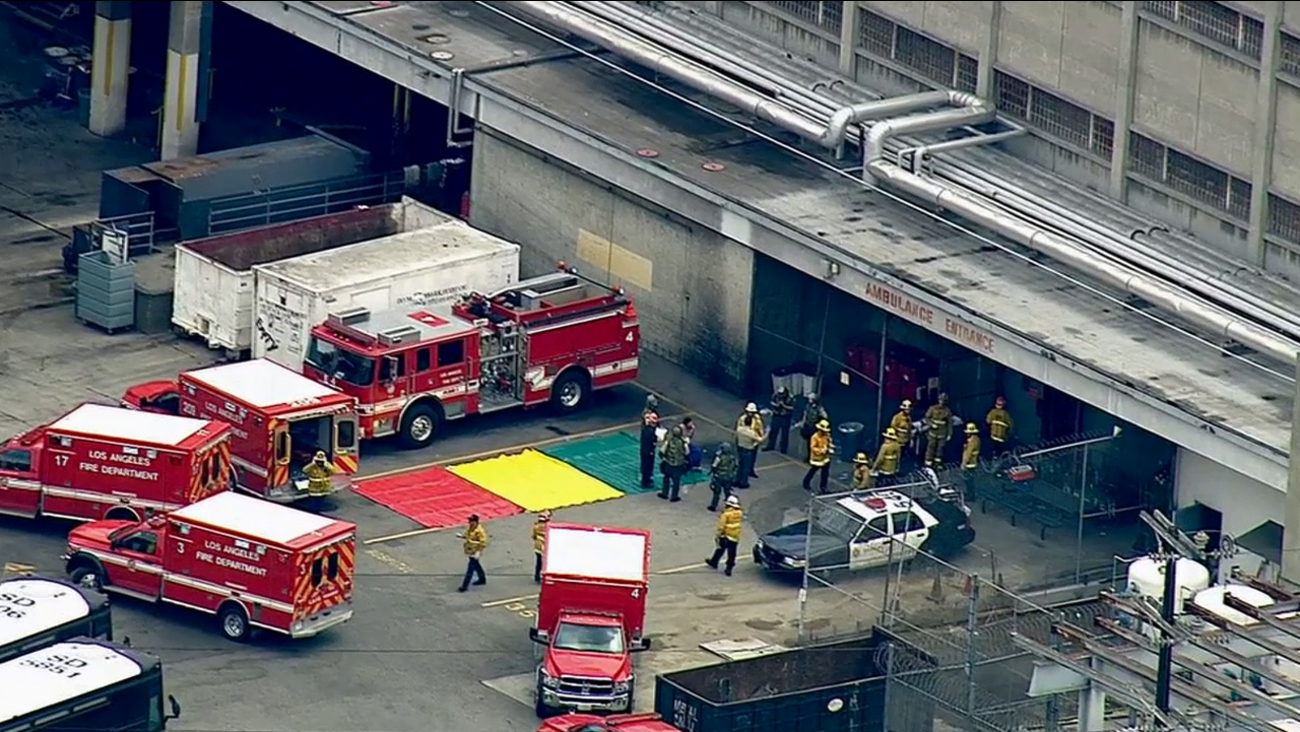 DOWNTOWN LOS ANGELES (KABC) -- At least one inmate was stabbed during a disturbance in a dormitory area at Men's Central Jail in downtown Los Angeles Wednesday afternoon, prompting a lockdown at the jail and at the nearby Twin Towers Correctional Facility.

Sheriff's deputies responded to the jail in the 400 block of Bauchet Street at about 12:30 p.m. following an inmate vs. inmate disturbance.

At least three others suffered superficial wounds during the incident, which lasted about 10 minutes and involved approximately 80 inmates, deputies said.

The four injured inmates were transported to a local hospital with non-life threatening injuries.