Irvine woman, 62, robbed at gunpoint in her apartment 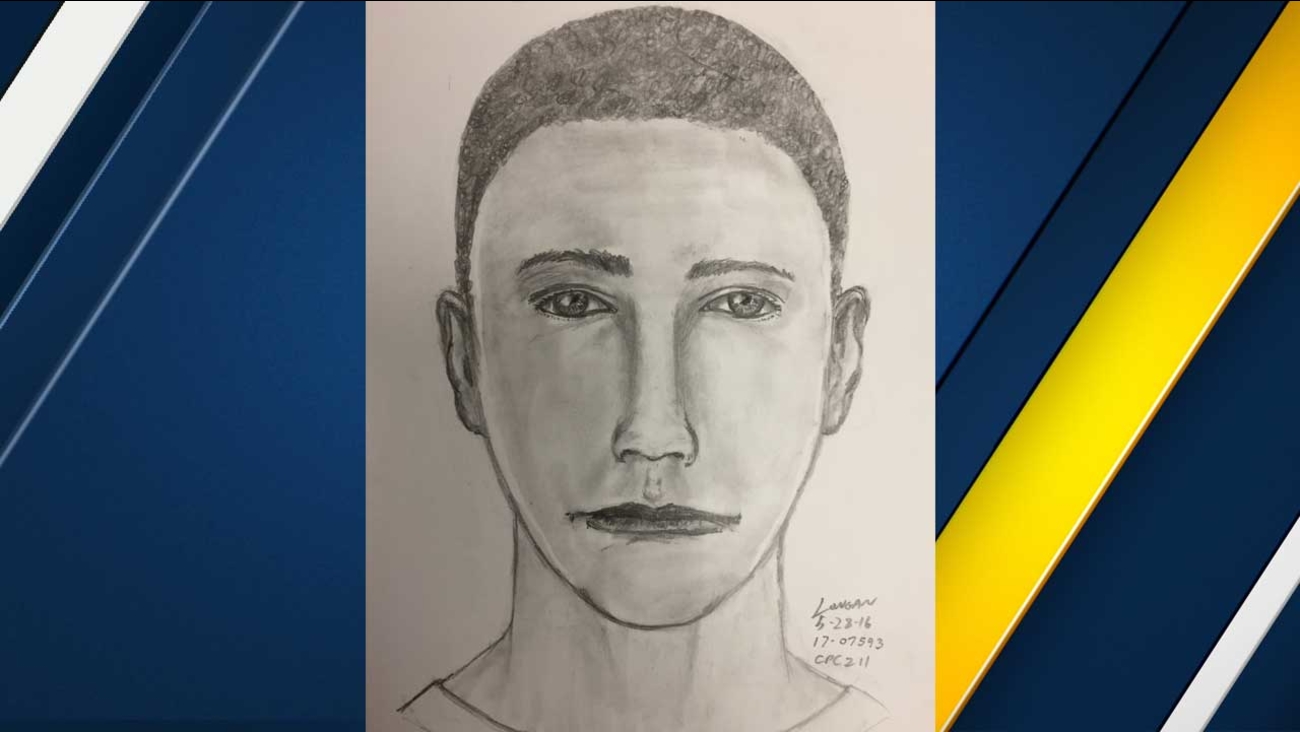 This composite sketch from the Irvine Police Department depicts a suspect wanted in an armed robbery in Irvine on Sunday, May 28, 2017.

IRVINE, Calif. (KABC) -- A 62-year-old woman was robbed at gunpoint inside her Irvine apartment, and police are searching for the suspect responsible.

The victim had returned from a short walk in her neighborhood around 9:30 a.m. Sunday. Immediately after she entered her apartment, located in the 600 block of Hayes Street, a man with a gun came into her home through an unlocked door and demanded cash and the jewelry she was wearing, police said.

The victim complied, and the suspect fled in an unknown direction. The suspect made off with gold jewelry and $300 in cash from the victim.

Irvine police arrived on scene shortly after the incident, but investigators were not able to locate the suspect.

Police were able to create a composite sketch of the suspect, based on the victim's description.

The suspect was described as an African-American male in his late 20s, with short, black hair and a medium build. He was wearing a black and red striped sweatshirt and black pants.

The victim told police that she believes the suspect followed her home from her walk.

If you have any relevant information about his case, you're urged to contact Detective Keith Herter at (949) 724-7183.
Related topics:
irvineorange countyburglarytheftrobberyjewelry theftarmed robbery
Copyright © 2021 KABC-TV. All Rights Reserved.
More Videos
From CNN Newsource affiliates
TOP STORIES