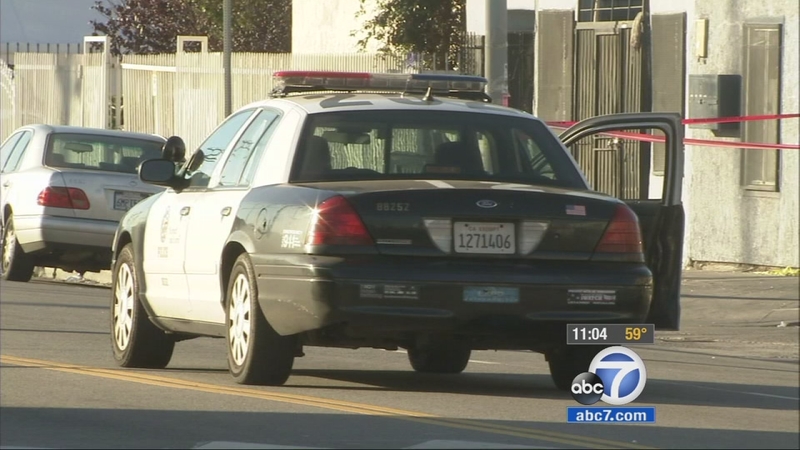 Authorities say two suspects fired at officers with a rifle at 62nd and Hoover streets around 9:20 p.m. Sunday. According to the LAPD, two officers got out of the patrol car, and one of them returned fire on the suspects. It was not immediately known if the suspects were struck. No officers were injured.

One suspect was taken into custody, but a wide perimeter was set up from Gage Avenue to 61st Street, and between Hoover Street and Vermont Avenue, as officers searched for the second suspect. Police say a weapon was recovered at the scene.

The LAPD had issued a citywide tactical alert that kept officers working past the end of their shifts. The department remained on modified tactical alert Monday morning.

The first suspect was identified as 18-year-old Christopher Taylor.

The second suspect was only described as a man between the ages of 18 to 25, wearing dark clothing. Police say he is considered armed and dangerous.

The motive for the shooting remains under investigation, but police called it "a completely unprovoked attack" on the officers. Law enforcement officials are on high alert after two NYPD officers were shot to death in an ambush attack in Brooklyn earlier this month.

"Obviously, with what happened in New York and what we know is a sentiment right now nationwide...when you put on your uniform, you're very much aware that there are some currents of anger toward police," said LAPD Det. Meghan Aguilar. "We're aware that we could be a target for individuals that are angry at law enforcement right now."

The investigation and search for the outstanding suspect continues. Anyone with information was asked to call the Force Investigation Division at (213)486-5230.