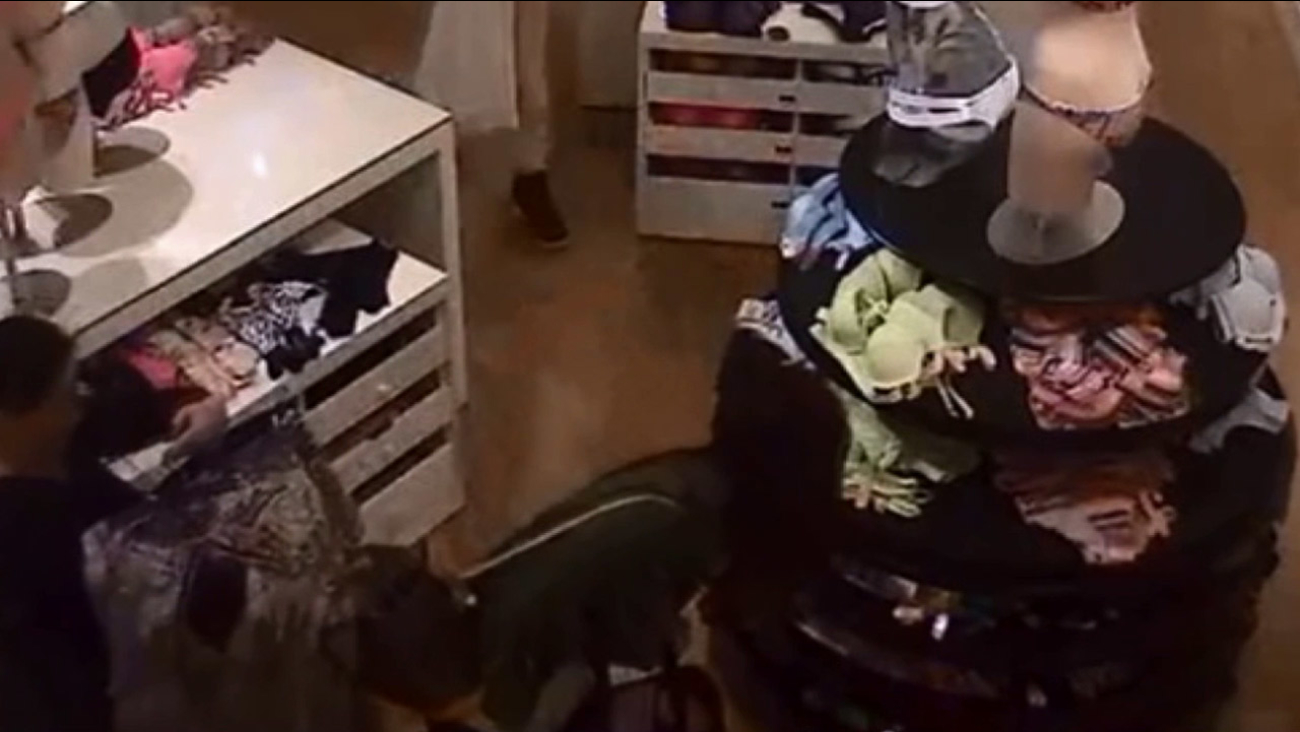 A female suspect is shown reaching into a woman's bag in a clothing store surveillance video in Los Angeles on Oct. 23, 2015. (KABC)

Around 6:20 p.m. on Oct. 23, three suspects entered a business located in the 8500 block of Beverly Boulevard.

The first suspect followed a victim around the business. The suspect then stood next to the victim and appeared to be shopping while attempting to remove the victim's wallet from her purse.

In the video, the third suspect walks away while the two other suspects continue to riffle through the victim's wallet. The pair eventually walked out of the business with the items.

The victim did not realize her wallet and phone were missing until she was at the cash register.

The first suspect is described as a white woman with long black hair who is about 35 to 40 years old. She stands about 5 feet 5 inches tall and weighs about 130 pounds. She was wearing black clothing.

The second suspect is a white man with black hair who is about 25 to 30 years old. He stands 5 feet 9 inches tall, weighs about 180 pounds and was last seen wearing a white shirt, blue jeans and dark shoes.

The third suspect is also a white man about 25 to 30 years old. He stands 5 feet 9 inches tall, weighing about 180 pounds. He was wearing a dark baseball cap, black backpack, khaki pants and brown shoes.