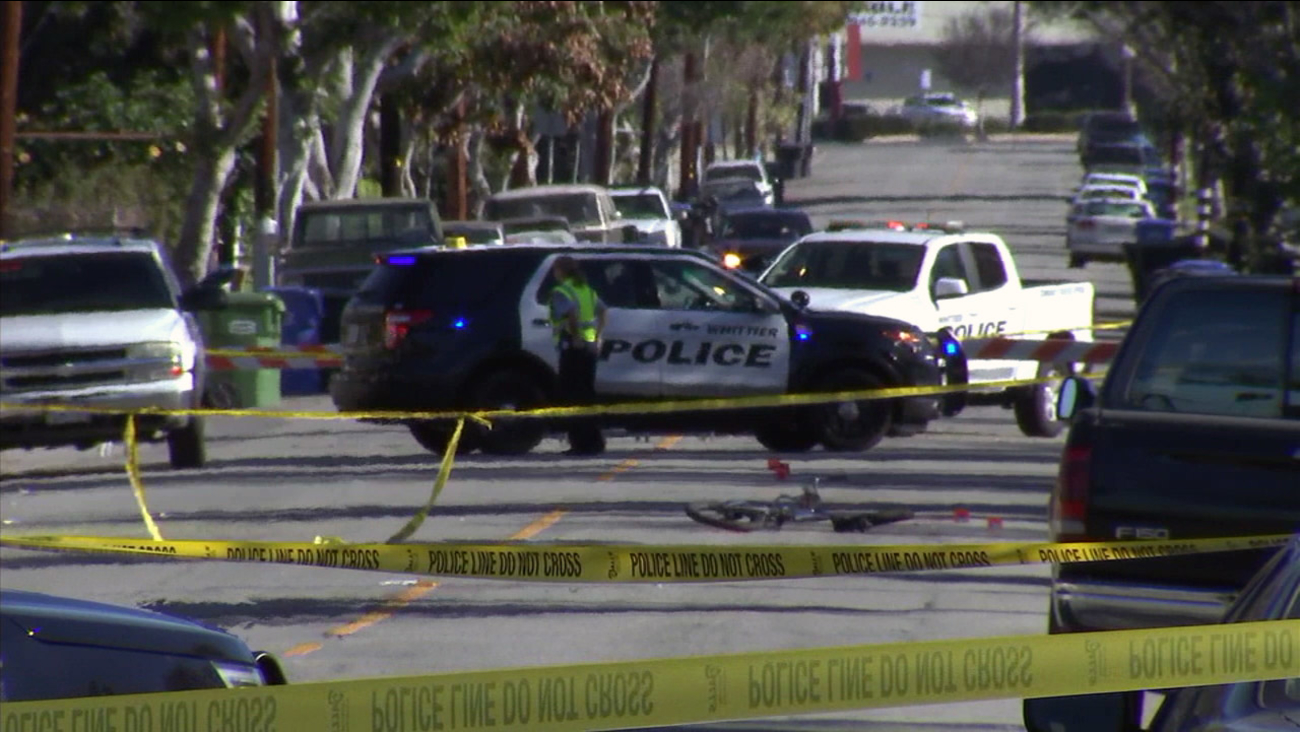 WHITTIER, Calif. (KABC) -- Investigators were searching for a driver wanted in connection with the deadly hit and run of a bicyclist in Whittier on Monday.

Whittier police said a female driver hit a bicyclist in the 9100 block of Calmada Avenue north of Lambert Road at about 7:30 a.m.

Authorities said the victim, described as a man, was struck near a bike trail.

Nearby streets were closed off as detectives investigated the incident.

The vehicle should have front-end damage, according to police.