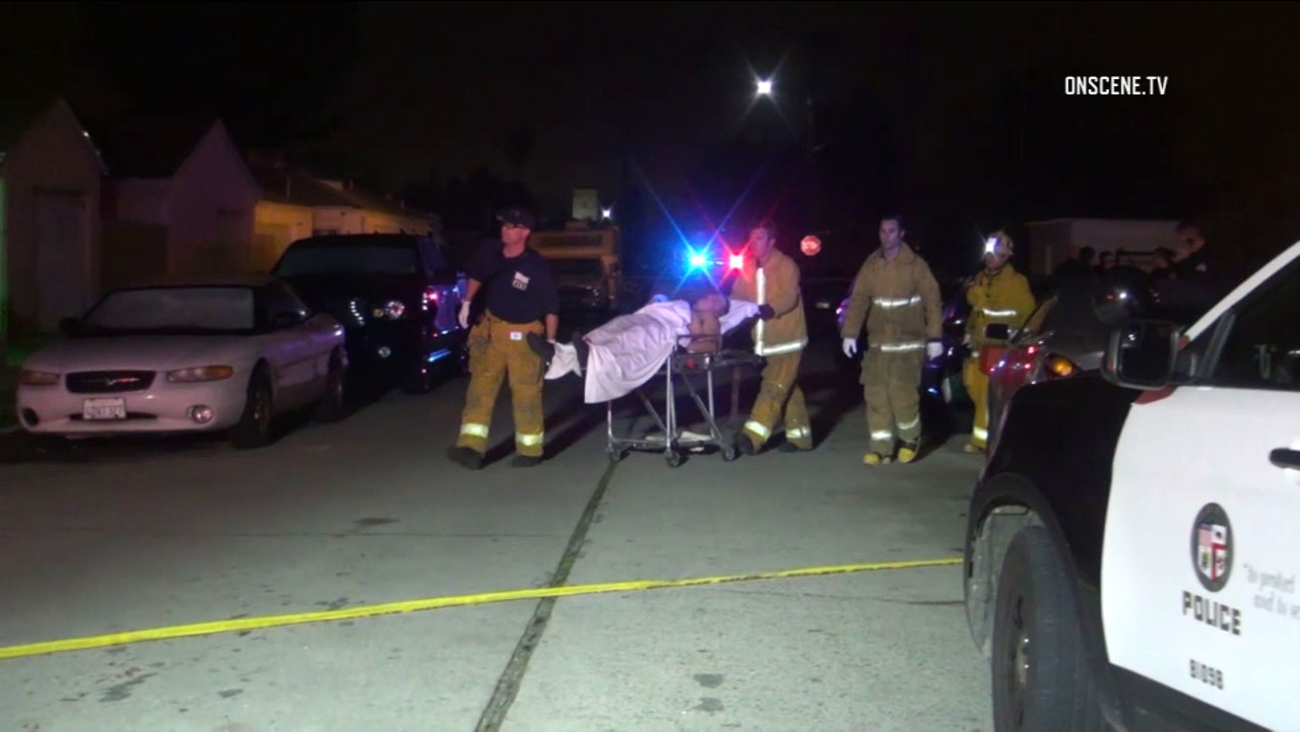 NORTH HOLLYWOOD, LOS ANGELES (KABC) -- A man was in the hospital Sunday after he was shot during an attempted robbery in North Hollywood.

Officer responded to the scene of the shooting at about 3:30 a.m. near Vineland Avenue and Collins Street, according to Los Angeles police.

Police said a suspect walked up to the victim while the suspect and another person tried to rob the victim of his belongings. The suspects then shot him in the upper torso, walked back to their car and fled.

The unidentified man was rushed to a nearby hospital in stable condition, police said.