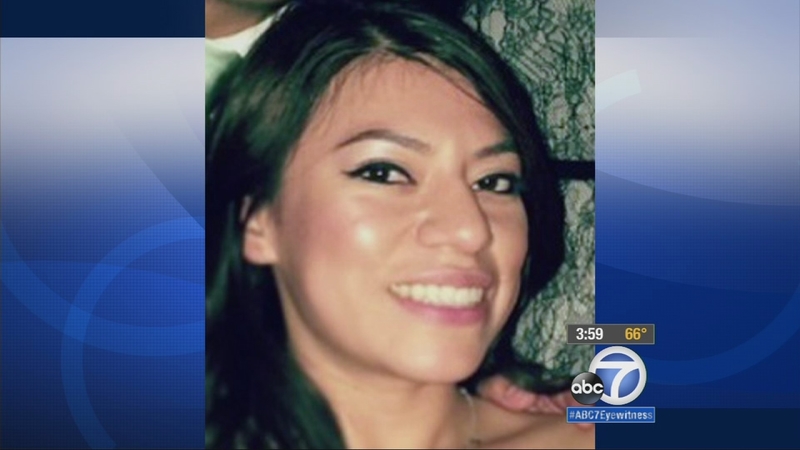 SANTA ANA, Calif. (KABC) -- The family of a missing Laguna Hills woman is asking for the public's help to bring her home.

On Feb. 14, Alonso and her ex-boyfriend had met friends at the Sutra Lounge in Costa Mesa. The couple stayed at the lounge until 1:30 a.m. While they were at the club, she and her date befriended another couple who offered them a ride to a home near Culver Drive and Deerfield Avenue in Irvine, according to authorities.

The couple took Alonso and her date to the home in a red Toyota Scion FRS. Around 3:45 a.m., the couple left the home, and 10 or 15 minutes later Alonso left after an argument with her ex.

According to authorities, Alonso's ex-boyfriend was the last person to see her. Her sister Patricia Alonso said the pair were in an on-and-off again relationship for two years.

"They were very much alike, which isn't always a good thing, but she loved him," she said.

Her family said she works in retail and did not show up for work. She has not posted on social media or used her cellphone since she went missing.

"So please, if anybody has seen anything, knows anything, has heard from her, thinks they've seen her or her car - anything - please call (the sheriff's department). All information is very, very important. We just want her home. We miss her," Patricia Alonso said.

After hearing about Alonso's disappearance, the couple contacted the Orange County Sheriff's Department and are cooperating in the investigation.

Anyone with information regarding Alonso's whereabouts is asked to call the Orange County Sheriff's Department at (714) 647-7042.