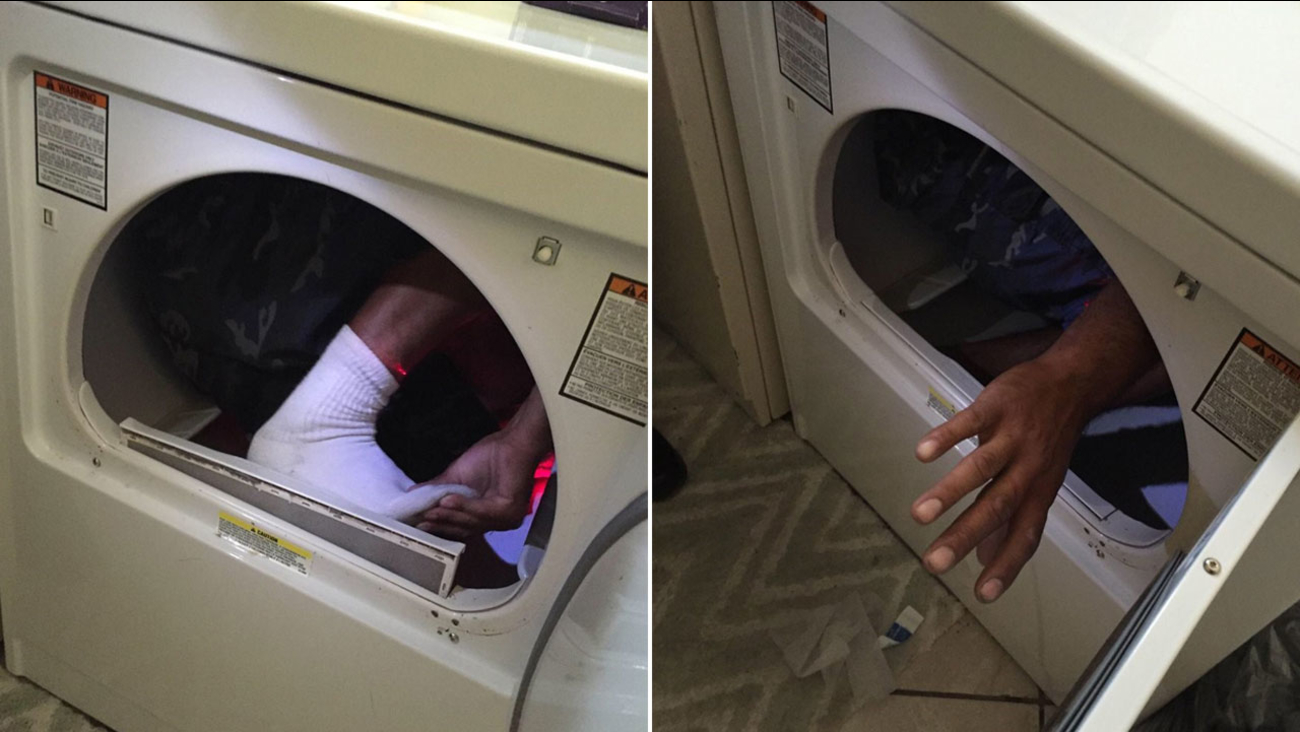 A domestic violence suspect is shown hiding in a dryer in an Oxnard home on Friday, Aug. 19, 2016. (Oxnard Police Department)

OXNARD, Calif. (KABC) -- Oxnard police officers ended up with a bit of static cling after finding a domestic violence suspect hiding in the dryer Friday afternoon.

Officers responded to a domestic violence call that occurred in the 400 block of South C Street around 4:35 p.m. After authorities made contact with the victim, who confirmed the crime, officers headed to the 1000 block of King Street to search for the suspect.

When they spoke with the residents inside a home on the block, they told officers the suspect had locked himself in the laundry room.

Officers entered the laundry room, which appeared to be empty, leading police to believe the suspect had fled the scene. They checked the laundry room one last time and ended up finding the suspect, identified as 30-year-old Ivan Lopez, hiding inside the front-loading dryer.

He followed orders, removed himself from the dryer and was taken into custody without incident, police said. He was arrested on suspicion of domestic violence and resisting, delaying and obstructing the duties of police officers.
Related topics:
oxnardventura countybizarrearrestdomestic violence
Copyright © 2021 KABC-TV. All Rights Reserved.
More Videos
From CNN Newsource affiliates
TOP STORIES