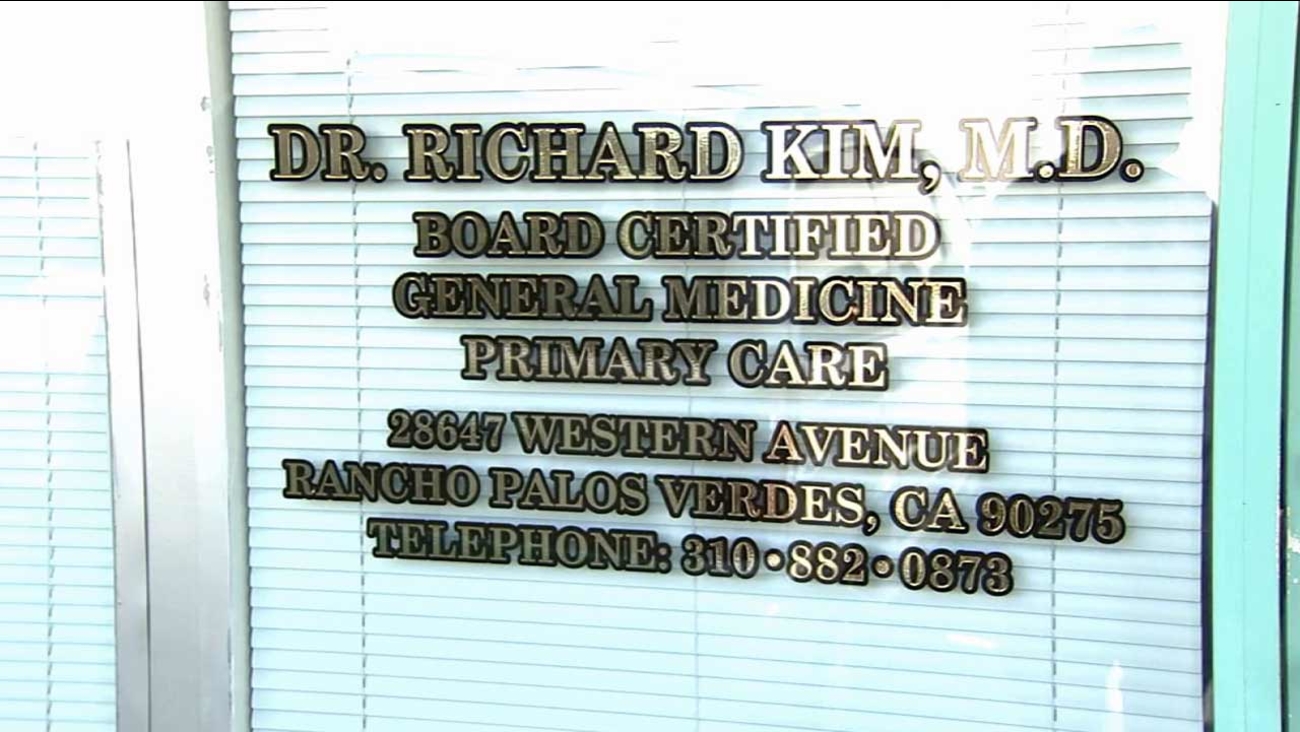 The photo that was originally attached to this story on Dr. Richard Seongjun Kim is not Dr. Kim. We apologize for any misunderstanding.

Kim allegedly prescribed drugs to an undercover DEA agent who brought in an X-ray of a dog to justify the prescription and his pain complaint.

"You can actually see the dog's tail in the X-ray," said Deputy District Attorney John Niedermann of the Major Narcotics Division.

Prosecutors say that Kim operated an unusual practice and had no staff. Patients would call or send him a text message before he would unlock his office door and let them in.

The blinds to his storefront on the 28000 block of S. Western Avenue were always shut. The office had exam rooms, but Kim only saw patients in his office.

Undercover operatives say Kim didn't even take their vitals. He requested patients bring prior medical charts and X-rays to his one-man clinic.

Over the course of a three-month investigation, Kim allegedly wrote prescriptions for Norco, Xanax, Soma and Adderall without performing physical exams or filling out medical charts.

Niedermann says potentially even a small dose of a controlled drug can be deadly.

"There has been a recent movement and the phrase is 'one pill can kill', so I'm personally aware of cases where a high school student will take as much as half a Vicodin in say a parking lot and overdose and die immediately on those pills," Niedermann said.

Kim's defense attorney, Steve Meister, says there's no tool to measure whether a person is in pain, and that patients suffer when they can't obtain the medication they need.

"The DEA treats people like my client like they were cartel kingpins when my client is a licensed physician treating a legitimate patient with an approved drug for a recognized condition," Meister said. "Where is the crime in that?"

All 21 counts are tied to three undercover agents who merely pretended to have pain.