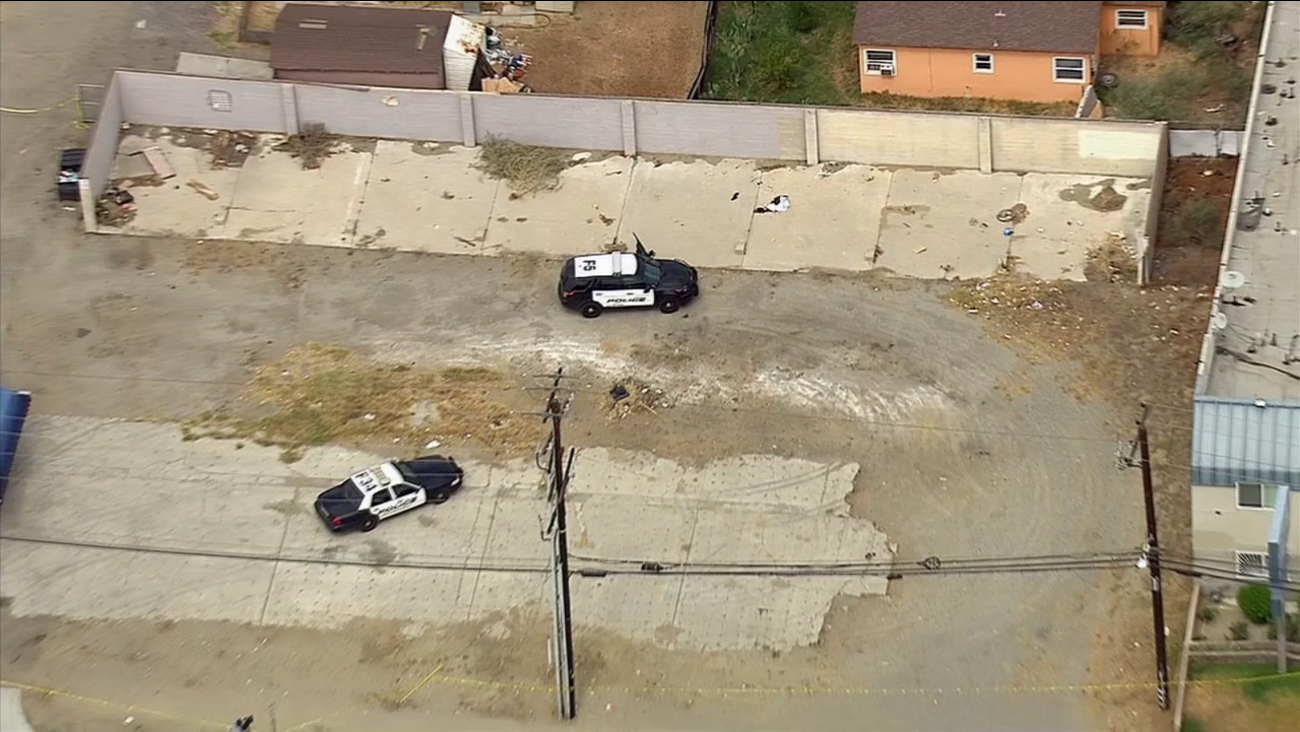 Police investigate an officer-involved shooting in Fontana on Thursday, Sept. 10, 2015.

KABC
By ABC7.com staff
FONTANA, Calif. (KABC) -- A suspect who was armed with a knife was shot and killed in an officer-involved shooting in Fontana on Thursday.

Police say the suspect threatened an officer with the knife during a confrontation in the area of Valley Boulevard and Juniper Avenue at about 11:20 a.m. The suspect taken to a local hospital, where he died.

A knife was recovered at the scene, police said. The suspect's name has not been released pending notification of next of kin.