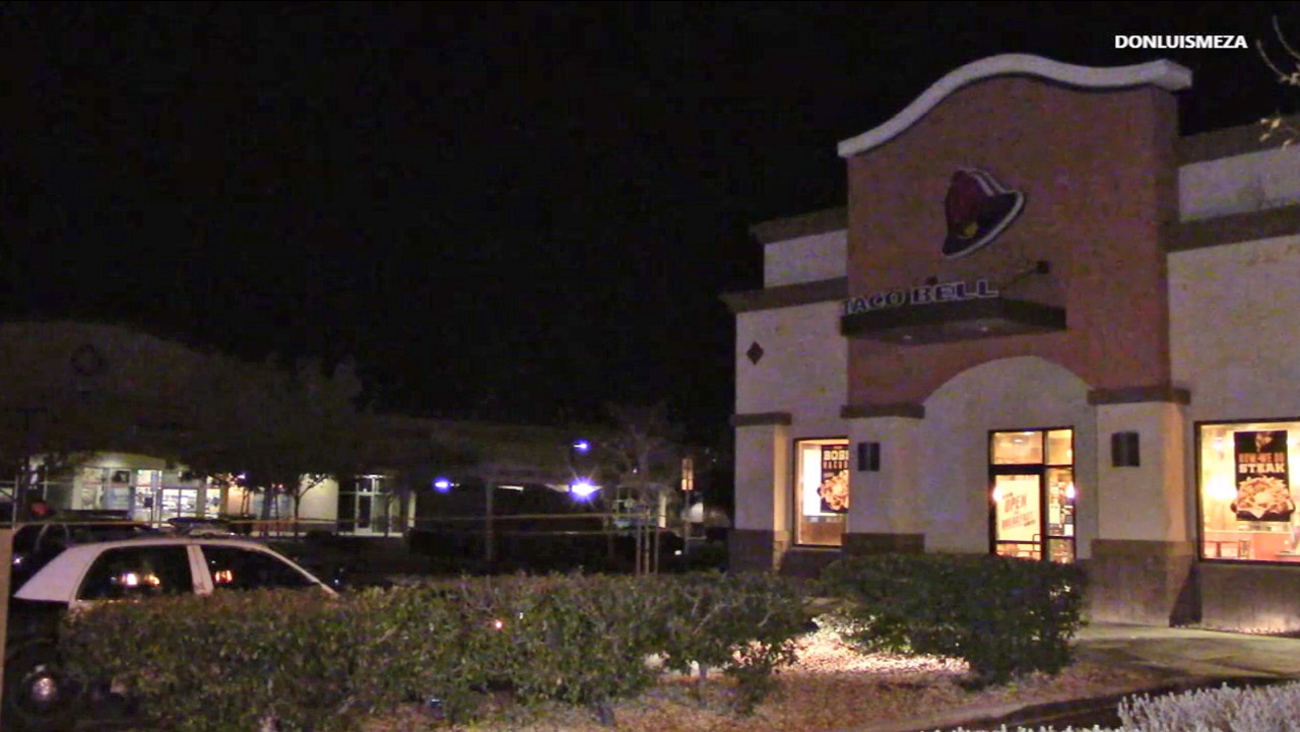 PALMDALE, Calif. (KABC) -- A suspect was killed in a deputy-involved shooting in Palmdale early Sunday morning.

Authorities received a call shortly before 3 a.m. regarding a single-car crash into a Taco Bell in the 37900 block of 47th Street East. Employees at the restaurant said the car had hit the side of building, near the drive-thru area, and that the driver was unconscious.

When deputies arrived, they made contact with the driver and began conducting a DUI investigation. The suspect was taken into the back of a patrol car until it was over.

According to authorities, deputies determined that the suspect would be arrested and attempted to place him in handcuffs. But as a deputy tried to cuff the man, he jumped out of the patrol car and began fighting with the deputy.

Other deputies came in to help as the fight ended up on the ground, authorities said. During the struggle, the suspect is said to have grabbed the deputy's weapon. After failed attempts to subdue him and his refusal to let go of the weapon, authorities opened fire.

The man was shot and taken to the Antelope Valley Hospital where he succumbed to his injuries. The deputies involved in the shooting and fight sustained cuts and bruises.

During the preliminary investigation, detectives found a blue-steel gun and a large baggie of marijuana inside the suspect's car.