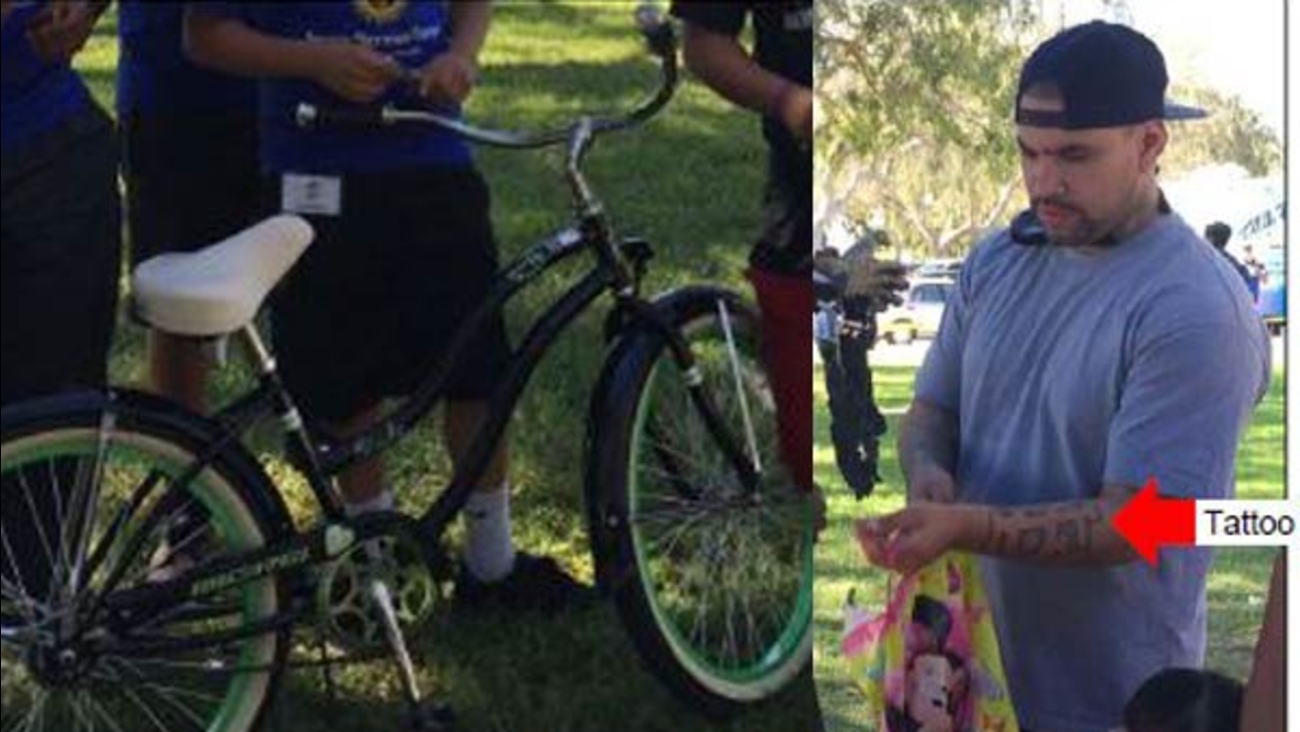 Detectives are searching for a suspect (right) after they said he stole a bike (left) from a boy at Ted Watkins Memorial Park on Saturday, Oct. 31, 2015.

The Los Angeles County Sheriff's Department said the strong-armed robbery happened at the park located at 1335 East 103rd Street on Oct. 31 at about 12:20 p.m.

The 11-year-old boy had just won the bicycle during a Halloween celebration, when the suspect approached the child and forcefully pulled the bicycle from his grasp, according to deputies.

The man then placed a young girl on the handlebars and rode away with the bicycle as the boy and his mother chased after them, the sheriff's office stated.

Deputies described the suspect as a Hispanic male between the ages of 30 and 35, approximately 200 pounds and about 5 feet 10 inches tall.

He also has a "StL" tattoo on his left arm and neck.

The sheriff's office said the stolen bike is a black framed Micardi Civoli Beach Cruiser with green rims and a white seat.