US Attorney General Calls for 'Determined Action' After Dallas Attack 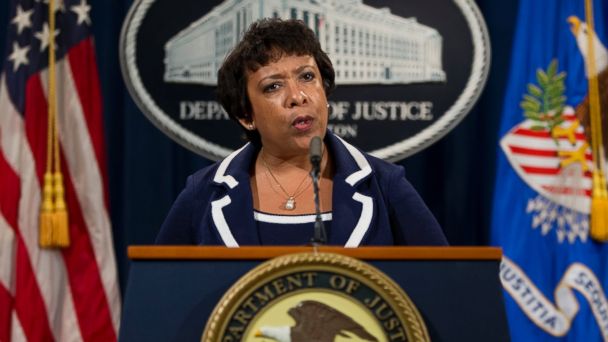 U.S. Attorney General Loretta Lynch on Friday called for "determined action," not violence in the wake of the attack on police officers in Dallas, Texas last night.

Five Dallas law enforcement officers were killed and seven more injured in an ambush late Thursday, during an organized downtown protest over the shooting deaths this week of black men Alton Sterling in Louisiana and Philando Castile in Minnesota by police.

"After the events of this week, Americans across the county are feeling a sense of helplessness, of uncertainty and of fear. These feelings are understandable and they are justified. But the answer must not be violence. The answer is never violence," said Lynch.

"Rather, the answer must be action: calm, peaceful, collaborative and determined action."

The Department of Justice, including FBI, ATF, U.S. Marshals and the U.S. Attorney's Office are on the scene in Dallas working with local partners, said Lynch.

In regards to the black men shot by police this week, she added that the Department of Justice has opened a civil rights investigation in Louisiana and is assisting in the investigation by local authorities in Minnesota.

One of the suspects in the assault against Dallas police officers told hostage negotiators he was angry about recent fatal shootings of black men by police elsewhere in the United States and that he wanted to kill white people, especially police officers. Two civilians were also injured in the Dallas shootings.

"This has been a week of profound grief and heartbreaking loss," said Lynch.

Police spent hours negotiating with the gunman before he was killed by an explosive strapped to a police robot, according to Dallas Police Chief David Brown.