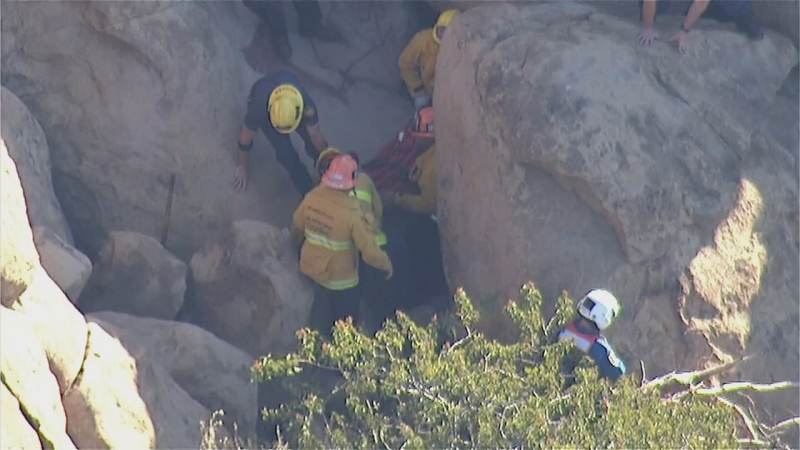 CHATSWORTH, LOS ANGELES (KABC) -- A hiker was rescued by helicopter after falling 20 feet in a Los Angeles park on Saturday.

The Los Angeles Fire Department said it responded to a call at Stoney Point in the Chatsworth area at about 2 p.m.

Ground crews helped the 23-year-old man with injuries and pain suffered from the fall until the helicopter arrived.

Your @LAFD rescued a badly injured man that fell 20' & was wedged between boulders. Details: https://t.co/9btnu7j6HK pic.twitter.com/E9lrueXejw

The man was hoisted and flown to the hospital in serious condition.