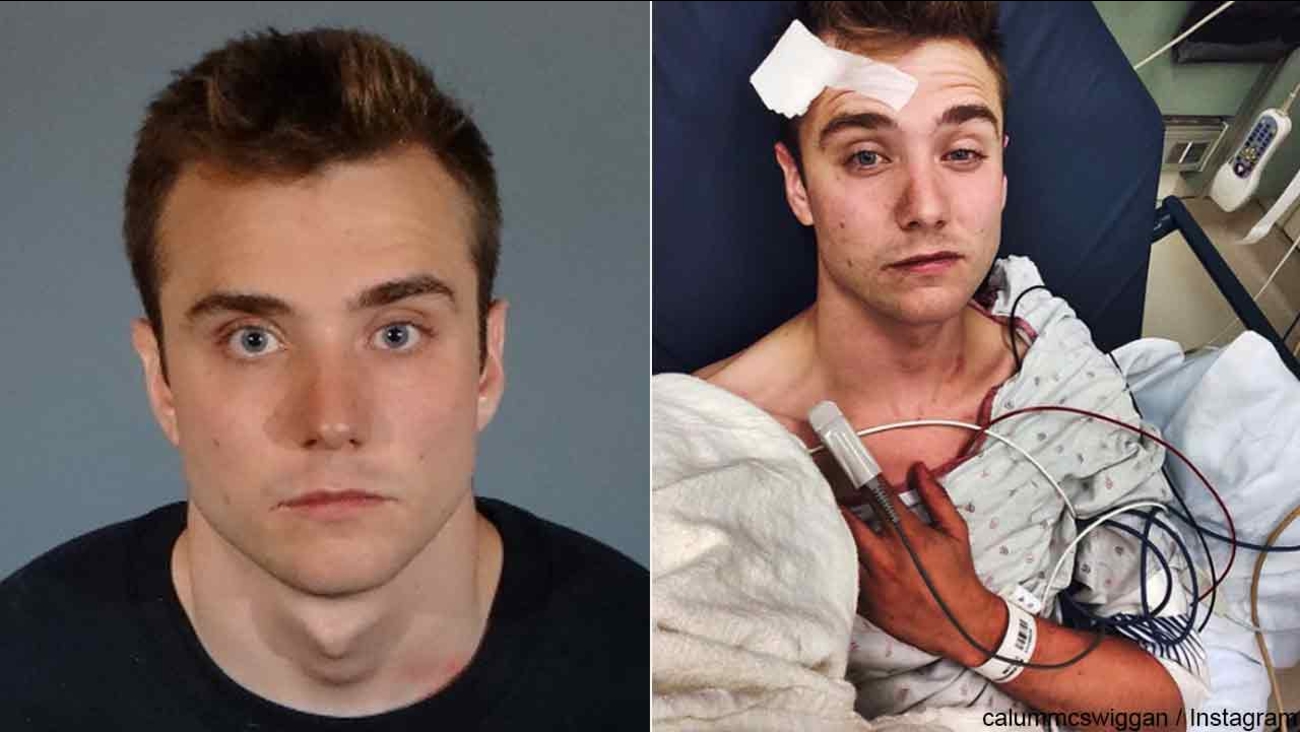 Calum McSwiggan is seen in a booking photo, left, and a photo posted to his Instagram account. (Los Angeles County Sheriff's Department | Instagram.com/calummcswiggan)

Los Angeles County sheriff's deputies who responded to the scene said they could not substantiate the assault claim, saying they could find no visible injuries on McSwiggan.

Moments later, deputies arrested him for allegedly vandalizing a car.

McSwiggan was booked and placed in a cell by himself at the West Hollywood station. That's when authorities saw McSwiggan injuring himself with the handle and receiver of a payphone inside the cell.

He was rushed to the hospital for treatment. Later, he posted a photo on Instagram, saying it was the worst night of his life.

McSwiggan claims to have three broken teeth and six stitches on his forehead.