NFL says season likely to start on time in September - but will fans be there?

The NFL says it plans to start the next season on time on Sept. 10, but it's not clear yet if fans will be allowed in the stands.
KABC 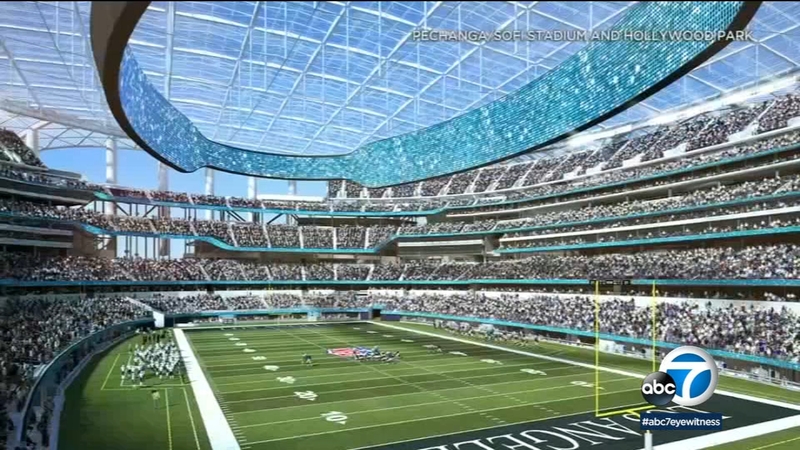 NFL says season likely to start on time in September

INGLEWOOD, Calif. (KABC) -- Are you ready for some football?

The NFL says it plans to start the season on schedule, with the opener slated for Sept. 10, with some contingency plans in place.

The league schedule is expected to be released this week.

The league is preparing backup plans in case COVID-19 is still an issue this fall and stay-at-home restrictions remain in place.

Some ideas include delaying the start of the season until mid-October.

That's good news in Inglewood, where SoFi Stadium remains under construction as the future home of the Rams and Chargers.

Inglewood Mayor James Butts says the new stadium will offer a big boost to the local economy, which has been devastated by the COVID-19 pandemic.

"We're proud that we are poised to be the catalyst that restarts the economy, restarts hope and entertainment here in the city of Inglewood," Butts said.

"When that stadium opens, that could generate up to 15,000 jobs for the region and for Inglewood residents, and will be a boost to the economy."

Still, it's not entirely clear yet to what extent the NFL will allow fans to attend games in person when the season begins.

The NFL says it will wait until states in which stadiums are located lift their stay-at-home orders.

The NFL confirmed it will release the full 2020 schedule later this week, with a season opener planned for Sept. 10.