Kidman, Bardem shine in 'Being the Ricardos,' show why we still love Lucy after all these years 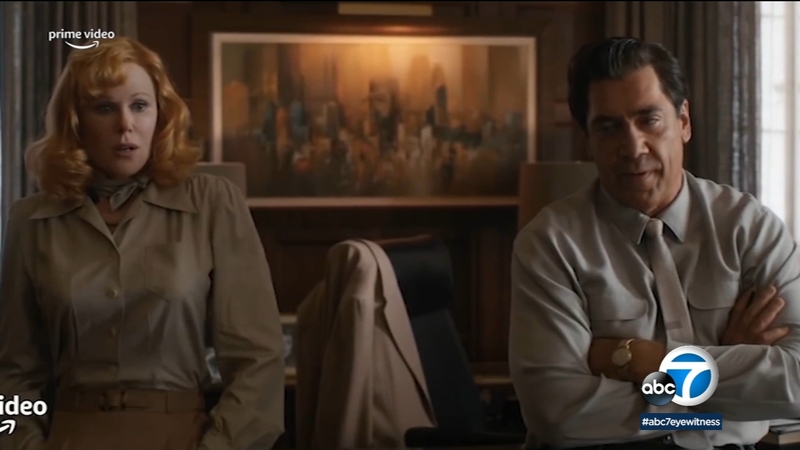 Kidman, Bardem star in 'Being the Ricardos'

HOLLYWOOD -- "I Love Lucy" is one of the most beloved sitcoms in TV history. Now, the new movie "Being the Ricardos" takes us behind the scenes of the show for one dramatic week.

"I think Aaron took a real risk and a bet on me and I just did not want to let him down," said Kidman.

Their sitcom, "I Love Lucy," is a major hit. But will it all come tumbling down if America thinks Lucy is a communist? As they wait to see if this news ignites or fizzles, they still have a show to produce. And these two stars were groundbreakers!

"I think he was a very powerful person and very creative and very revolutionary in terms of creating a new landscape for the TV world," said Bardem.

"He and Vivian couldn't stand each other. That was very mutual and he was known to, you know, have a drink or two. But he, by God, was a professional who showed up and did his job and created a character that's, you know, iconic in the history of American television," said Simmons.

"For a comic actor, her fluidity, and she never pushed the comedy and it was just this very organic way she did it. It was such a gift to watch," said Hale.

"Being the Ricardos" hits theaters on Friday, Dec. 10 and goes to Prime Video Dec. 21.