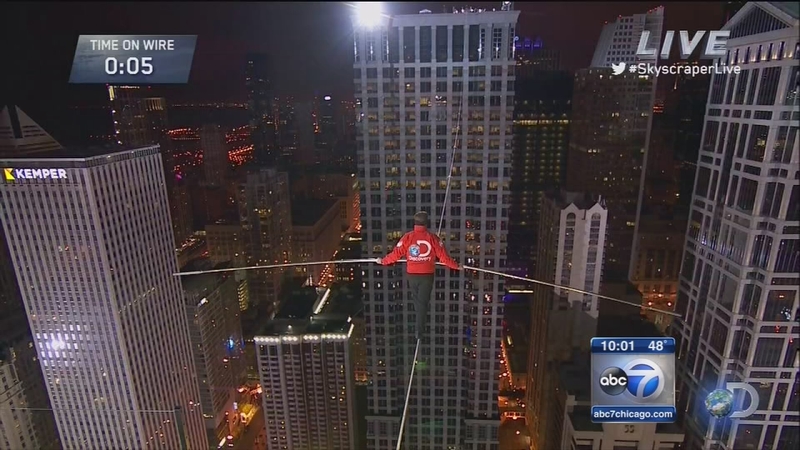 CHICAGO (KABC) -- There were moments that took people's breath away during Nik Wallenda's two hair-raising skyscraper tightrope walks in Chicago Sunday night -- both without a safety net or harness and one performed blindfolded.

Chicagoans held their collective breath as Wallenda stepped off of Marina City's West Tower, determined to complete the two-block high-wire walk across the Chicago River. But there was no need to worry. Wallenda hardly wavered. 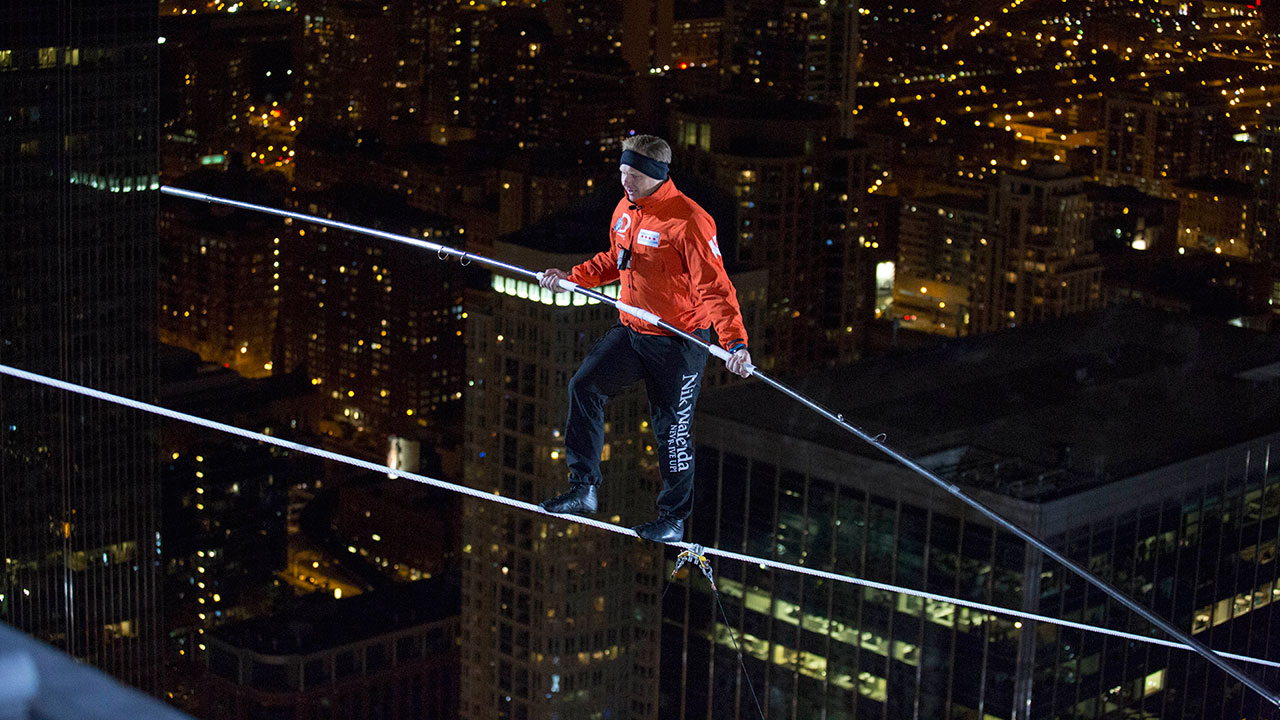 "I was ready to take a selfie, I had every intention, I'm so bummed that I didn't," he said. "But there was some strong wind hitting me in the face."

Only three-quarters of an inch wide, the wire, painted white, was set at a 19-degree upward angle, higher than the 15 degrees that were originally planned, a consequence of Friday's crazy weather. The tightrope began at 588 feet from the ground and ended at 671 feet.

"If you stand on top of Marina City West and look up that cable, it's doggone intimidating," he said. "That cable looked like it was going straight up."

Completed much faster than anticipated, in about six and a half minutes, Wallenda then crossed the street to begin part two of his Chicago adventure. This time he did it blindfolded, the first such walk ever attempted.

Wallenda expertly handled the 94-foot distance between Marina City's two towers -- 543 feet from the ground -- in just about 75 seconds.

"I knew the incline was going to be a huge strain and a difficult challenge but that blindfold walk, there's something about it that just messes with your mind and my wife was freaking out about that," he said.


Thousands of cheering fans packed the streets around the city's Marina City towers to watch the 35-year-old heir to the Flying Wallendas' family business complete the back-to-back walks.

And while he has previously walked over Niagara Falls and the Grand Canyon, both astounding feats, Wallenda says having the energy of the crowd below in a city setting made this walk even more special.

"To know you have that much support in a city where you're about to fulfill your dream, and so many people believe in what I do, it's just an awesome feeling," he said.

Wallenda broke two Guinness World Records, one for the inclined walk and the other for the blindfold portion, and of course, he is already looking forward to his next challenge, which apparently involves doing a headstand on the wire.

Wallenda is the great-grandson of Karl Wallenda, who fell to his death during a tightrope stunt in Puerto Rico at age 73.

WLS-TV, the ABC News affiliate in Chicago, and The Associated Press contributed to this report.