The collection, called Nike (M), is priced between $45 to $85 and will be available online on Sept. 17.
CNNWire 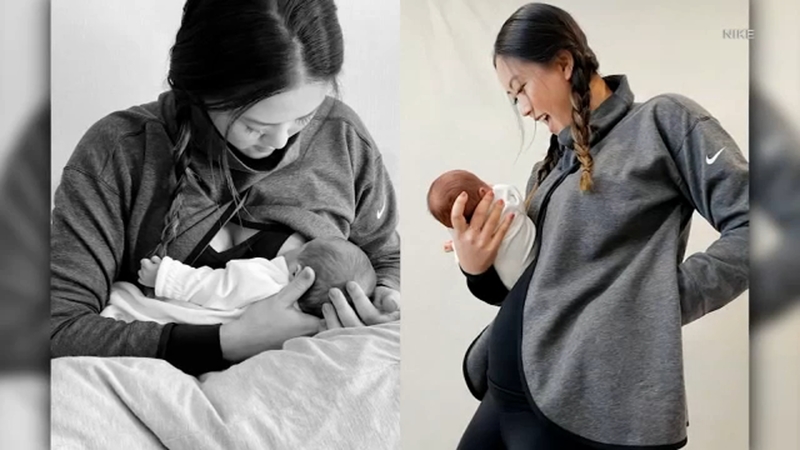 Nike is launching its first-ever line of maternity activewear as the market for clothing worn during pregnancy grows.

The collection, called Nike (M), is priced between $45 to $85 and will be available online on Sept. 17. It includes four products, which Nike said are designed to meet the changing needs of women's bodies before, during and after pregnancy.

It's a good time for Nike to be getting into maternity clothing. More people are working out at home during the pandemic, said Marshal Cohen, chief retail industry analyst with NPD Group. He added that there is likely to be a "mini-baby boom" between October and next March, thanks to a "stay-at-home lifestyle that started in late March."

Neil Saunders, retail analyst and managing director of GlobalData Retail, said that the maternity wear market in the United States has grown at an average of 3.2% per year in terms of sales, even as the birth rate has been relatively stable.

"A lot of this growth has come from women spending more on maternity clothing," he said. "Demand for stylish and comfortable apparel has become much more important to women over the past five years and this has resulted in them spending a little more on garments."

Nike (M) includes a bra that can be adjusted for breastfeeding or pumping, a scoop-neck tank top that makes it comfortable for women to nurse, a tight made with foldable wide waist band that can be folded down or completely pulled up further along the pregnancy and a cover-up with a split opening in the front that can be worn in reverse to accommodate a growing belly or serve as a nursing cover.

The clothing utilizes sweat-wicking and recycled material, such as recycled polyester.

Nike says the research and development for Nike (M) began three years ago, and the line was conceived and led by moms and moms-to-be on the Nike design team.

The team used data it collected from more than 150,000 body scans of women around the world to determine how the body grows during pregnancy. It also consulted with 30 female athletes who were either pregnant or post-partum in the design process.

Montaño, an Olympian who once competed while eight months pregnant, told the New York Times at the time that Nike said it would pause her contract and stop paying her if she wanted to have a baby.

Nike eventually amended its maternity policy for sponsored athletes, ensuring that female athletes won't be "adversely impacted financially for pregnancy" for 18 months, which is six months more than under the previous policy.

"To shop now or not to shop now, that is the question." Press play to learn more tips on navigating holiday shopping during a pandemic.