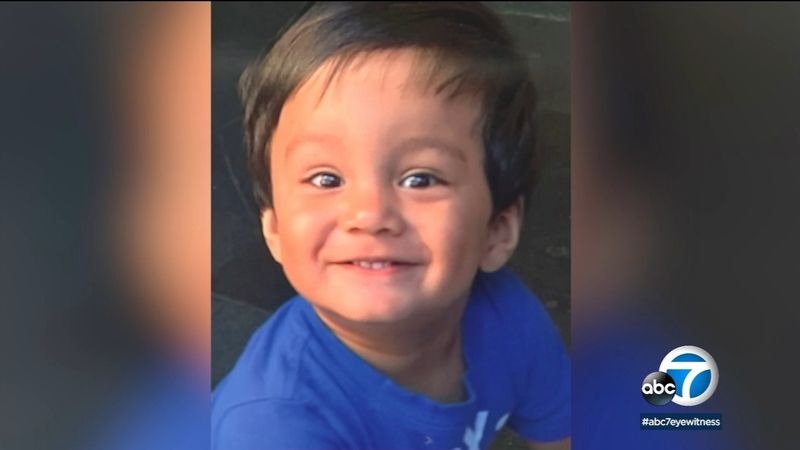 NORTH HILLS, LOS ANGELES (KABC) -- A family is in mourning after an 18-month-old boy was killed when two cars collided in North Hills early Sunday, sending one vehicle careening into the toddler's stroller on the sidewalk.

The child's distraught mother is in shock.

"I feel like this is a nightmare that I'm just trying to wake up from because I try to take a nap, I wake up. I look for him. It's so painful," Anna Morales said.

Morales visited the memorial of candles and flowers growing at the site where her son Sebastien was killed.

Sebastien was with his grandparents at the time of the crash. They are food vendors who have been selling tamales outside Our Lady of Peace church for years.

The collision occurred about 7:30 a.m. in the 15500 block of West Nordhoff Street, the Los Angeles Fire Department said.

A 2016 Honda CRV heading west on Nordhoff was making a left turn when it collided with a gray Toyota Camry, according to the Los Angeles Police Department.

The impact sent the Honda over the curb at the southeast corner of the intersection, crashing into the boy in the stroller and an adult woman standing on the sidewalk near the food cart.

"I don't know exactly what happened because I just hear the noise of the two cars crash," said Alfredo Morales, the child's grandfather. "And one of them came directly to the baby."

The female pedestrian, not related to the boy, was treated at a local hospital.

Anna Morales says her son was born a fighter, and was growing into a happy child who loved to dance.

"He was a preemie," she said. "He was in in the NICU for 65 days. I watched him fight for his life when he was born and it's crazy an accident like this has taken him from me."