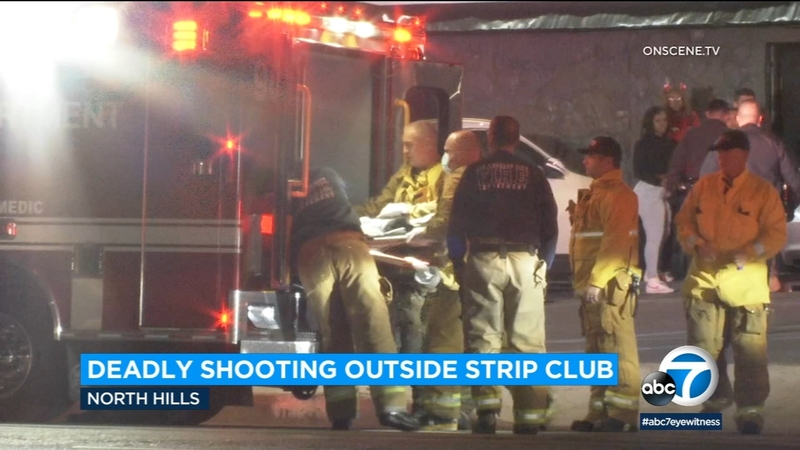 1 dead after fatal shooting outside strip club in North Hills

LOS ANGELES (KABC) -- Police are looking for a suspect who allegedly shot and killed a man outside a strip club in North Hills early Monday morning.

The shooting happened at about 2 a.m. outside Synn Gentlemen's Club, located in the 8300 block of North Sepulveda Boulevard.

Detectives say there was an argument between the victim and the suspect, shortly before the shooting. They say the suspect went to his car, began driving away, and shot the victim.

The shooter was last seen driving a black vehicle, according to the Los Angeles Police Department. A description of the suspect was not immediately available.

Officers arrived on the scene to find a young male victim down in the parking lot suffering from a gunshot wound.

The victim, identified as 20-year-old Gabriel Isiguzo, was taken to the hospital, where he later died.