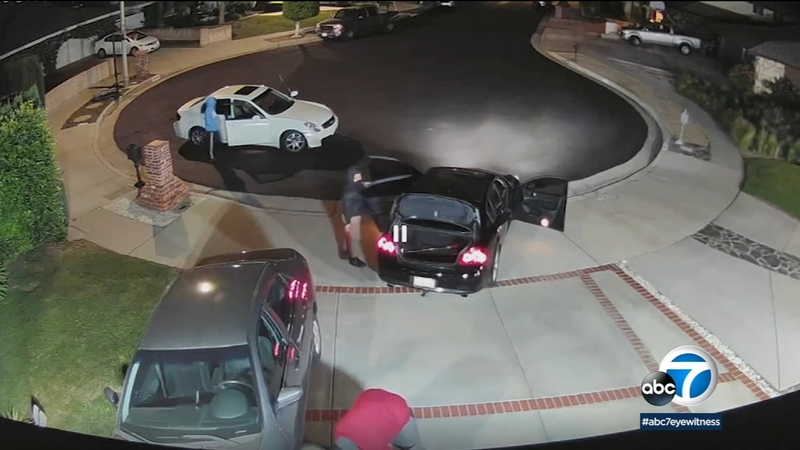 Investigators believe that the same crew seen in Ring doorbell surveillance videos, shot a woman who caught them tampering with her car outside her North Hollywood apartment.

The 39-year-old victim was hospitalized in stable condition.

LAPD says the woman woke up to the sound of four men tampering with her vehicle, and when she yelled at them to leave, one of the suspects fired several rounds at her and the apartment.

In one of the videos, a thief is even seen stealing a package off someone's porch, then hitting the doorbell camera when confronted.

All while the rest of the crew was sawing off a catalytic converter in the driveway.