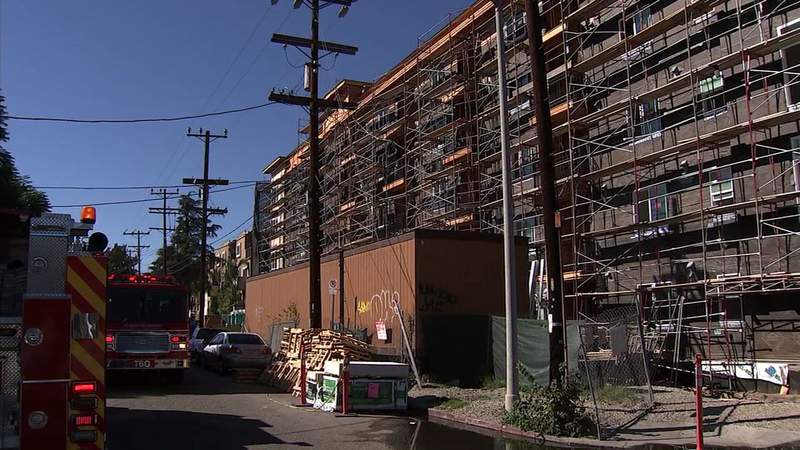 NORTH HOLLYWOOD, LOS ANGELES (KABC) -- At least four construction workers were injured, three critically, after falling about 30 feet down an elevator shaft at a work site in North Hollywood.

It happened shortly before 1 p.m. at the construction site of a five-story building in the 11000 block of Otsego Street. Four men, ranging in age from 45 to 60 years old, fell down the shaft that was still being worked on.

Authorities said the crews were working on placing metal sheeting in the shaft.

They were transported to a hospital, where three of the men are listed in critical condition and one in fair.