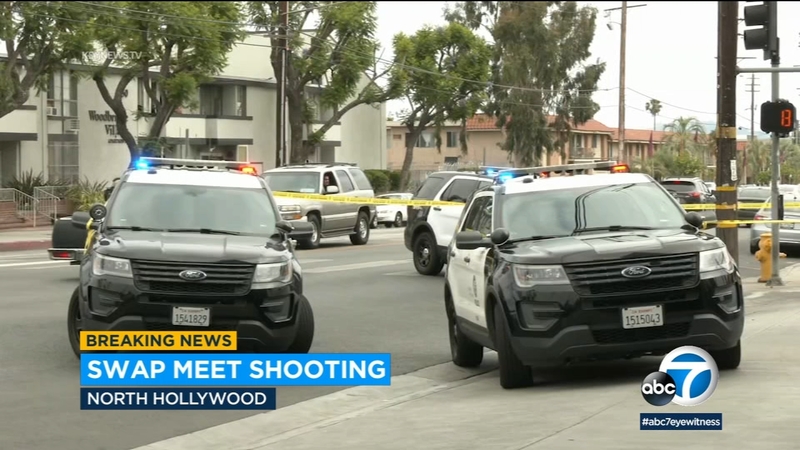 The shooting happened shortly after 3 p.m. on Lankershim Boulevard near Valerio Street.

The two men first argued, then each pulled out a gun and shot at the other, according to a police service representative at the Los Angeles Police Department's Operations Center.

One person was struck and seriously injured, according to officials. One of the men was taken to a local hospital by ambulance while the second was taken in a private vehicle, the police service representative said.

LAPD says it recovered about 10 shell casings on the ground near the entrance to the swap meet.

No one else at the swap meet was injured.

No other details were immediately known. The investigation is ongoing.