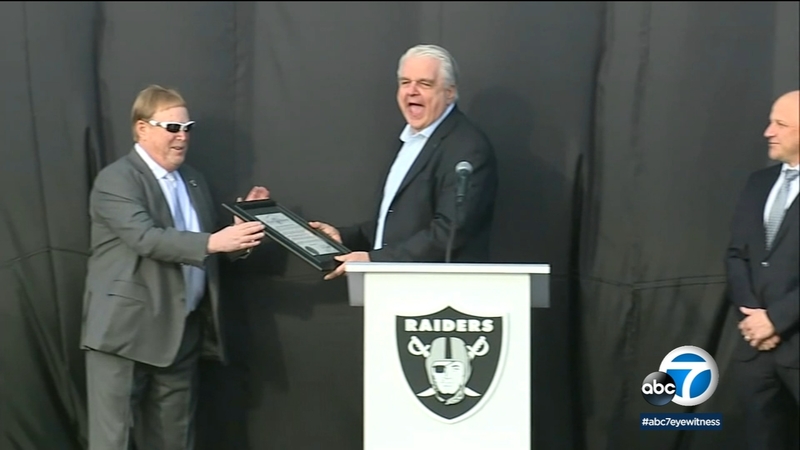 "The Raiders were born in Oakland and played 13 seasons in LA. Both cities will always be part of our DNA," Davis said. "But today, we begin a new chapter in our storied history."

Construction work continues on the stadium, which is expected to be open in time for next season.

The NFL officially approved the Raiders' relocation to Las Vegas in March 2017.

The team will base training and business operations in Henderson and play home games at 65,000-seat Allegiant Stadium, located on the south end of the Las Vegas Strip.