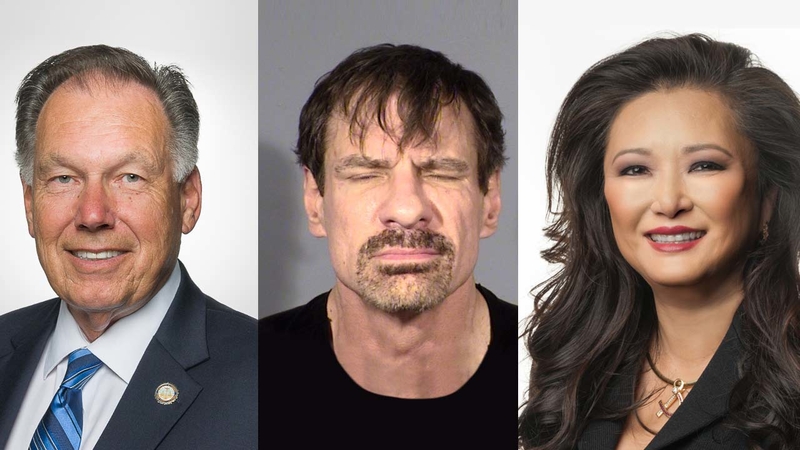 Nicholas, of Laguna Hills, was arrested two weeks ago in Las Vegas on charges of drug trafficking after his girlfriend, Ashley Fargo, was found passed out inside their suite at the Encore.

Detectives in Las Vegas say they found 128 grams of heroin, meth, cocaine and other drugs inside the hotel room. The Clark County District Attorney's Office tells Eyewitness News the case is still under review, but so far no charges have been filed.

Nicholas is a longtime supporter of Rackauckas and the primary backer of the California Victims' Bill of Rights Act known as Marsy's Law. The law is named for Nicholas' sister, who was stalked and killed by her ex-boyfriend in 1983. Nicholas has pushed for similar victims' rights laws in other states including Ohio where he, Rackauckas and Schroeder traveled on election night aboard his Gulfstream jet in November of 2017.

Eyewitness News obtained a copy of an anonymous complaint filed with California's Fair Political Practices Commission (FPPC) which notes that Rackauckas did not report the free travel on an annual disclosure form he and other elected officials and public employees are required to submit to avoid potential conflicts of interest. The complaint against Rackauckas and Schroeder was first reported by the Voice of OC.

California law requires government officials to report gifts they receive that are worth more than $50 and generally cap gifts at $470 per person or per year. Neither Rackauckas nor Schroeder reported the travel on their financial interest disclosure forms for 2017. The complaint alleges, "Cost per flight hour on a private jet can be up to $10,000, meaning Tony Rackauckas' ticket would far exceed the gift limit to report on Form 700."

"The purpose in reporting that is so the public can look at who their elected officials are getting gifts from and they can evaluate whether or not that's important," says Loyola Law School professor Jessica Levinson, who is an expert on election law and ethics.

Eyewitness News spoke with Chuck Bell, the attorney representing Rackauckas and Schroeder in the FPPC matter. He does not dispute that Rackauckas and Schroeder flew on board Nicholas' jet to Ohio, but he says travel related to legislative or governmental purposes is exempt from gift limits. Bell says he is still evaluating whether the travel should have been disclosed and expects to respond to the FPPC inquiries shortly. 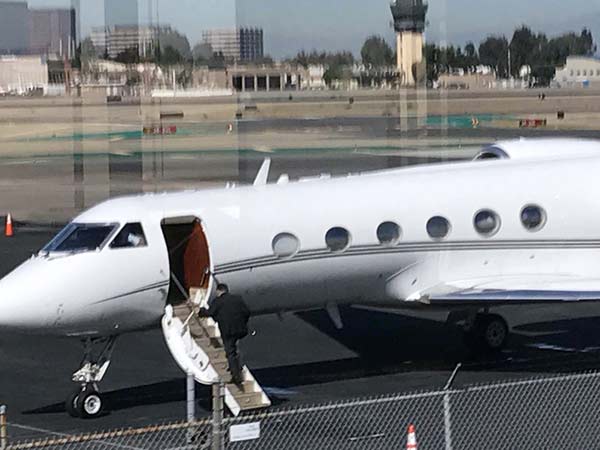 The FPPC complaint includes a photo of Rackauckas boarding Nicholas' jet in November 2017 on his way to that election night rally in Ohio. It also includes a photograph of Schroeder poking her head out from behind a seat on board the billionaire's jet from another flight in 2014. Bell says Schroeder was traveling on the Gulfstream jet that time as a volunteer for the Nicholas Foundation. That same photo and travel were the subject of another FPPC complaint in 2016, according to Bell. The attorney says Schroeder was cleared in that case by the FPPC. 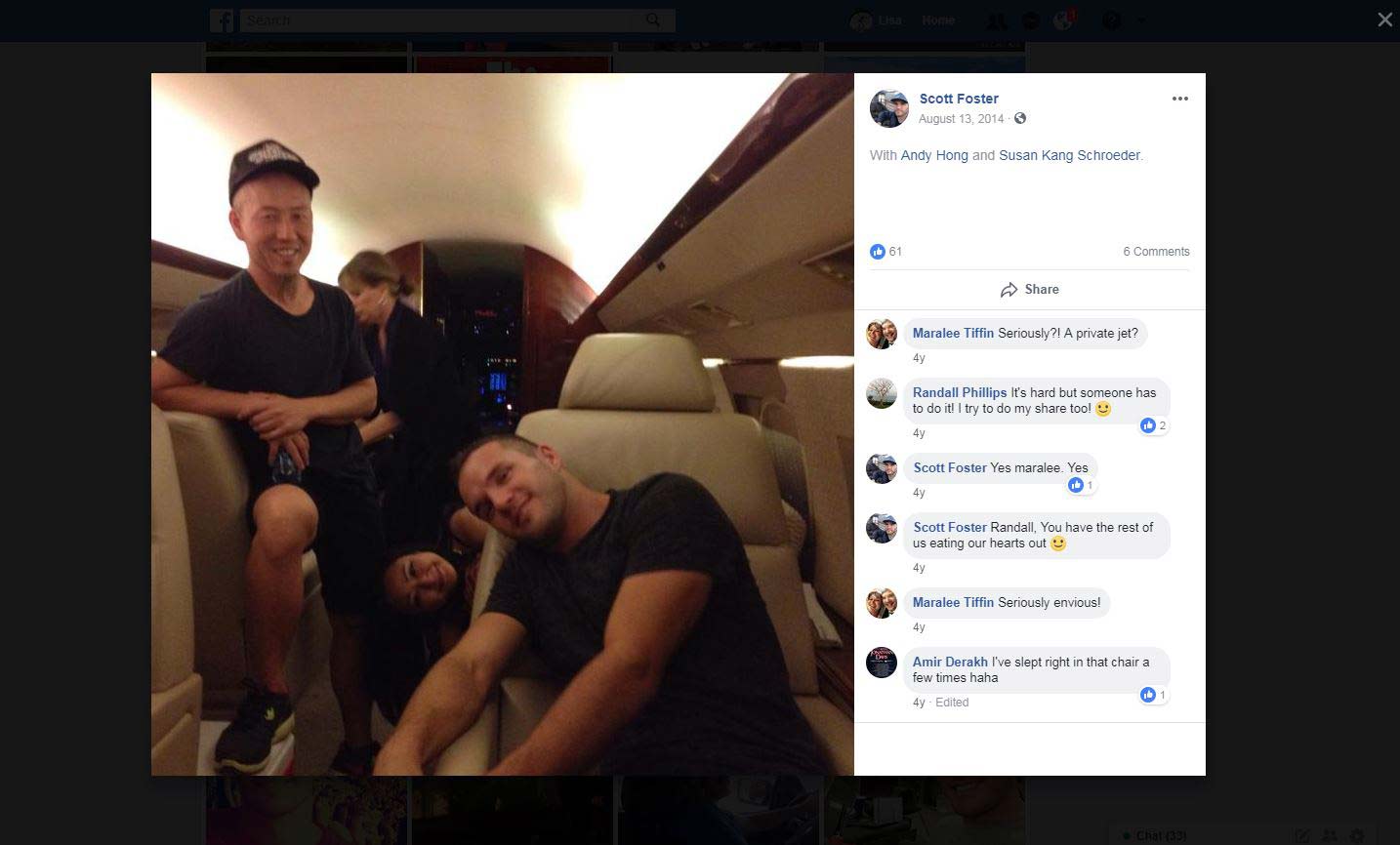 Rackauckas was fined $21,000 by the FPPC last year for failing to disclose more than $190,000 he solicited for a non-profit he heads that works to prevent gang violence.

The FPPC complaint in the current inquiry states, "By not disclosing this flight as a gift, Tony Rackauckas is making a mockery of his prior violations." It goes on to allege that Rackauckas and his staff "frequently use Dr. Nicholas' jet without disclosing the trips."

The same Gulfstream jet was seized by federal agents in 2008 after Nicholas was indicted on federal drug charges. The charges were dropped in 2010 and the jet was returned to Nicholas amid accusations of misconduct by federal prosecutors in a related securities fraud case against the billionaire.

The complaint against Rackauckas comes as he heads into a November run-off with longtime foe Orange County Supervisor Todd Spitzer. If re-elected, this would be Rackauckas' fifth term in office.

"These complaints are often filed during election time and that doesn't mean that they're frivolous," Levinson said.