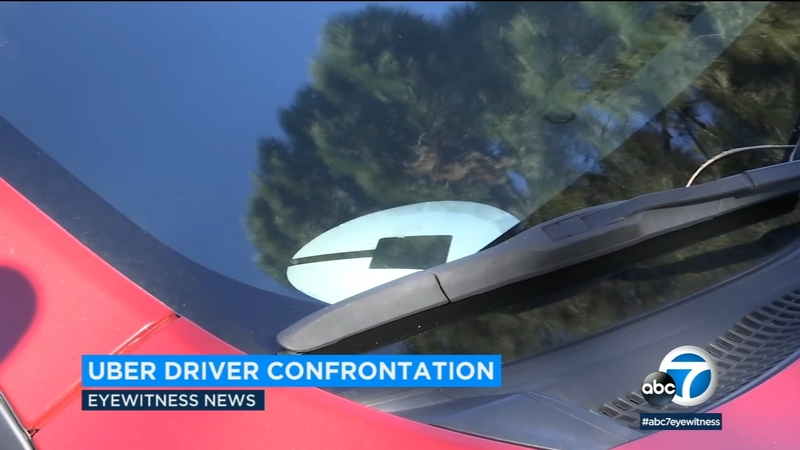 ORANGE COUNTY (KABC) -- Cellphone video captured the abrupt end of an Uber ride in Orange County during which the driver said her passengers used several racial, anti-Muslim slurs toward her.

The driver, who goes by Bebe, didn't want to be shown on camera. She said she picked up two passengers from Los Angeles International Airport about two weeks ago during rush hour. The estimated travel time was an hour and a half.

"I was scared. I was terrified in my own car. I was trying to do my work," she said.

"She was asking me to stop driving and she's going to drive instead of me...because there's traffic. I couldn't even move. She said I didn't know how to drive," she said.

Bebe said the passengers grew angrier when she wouldn't speed. She said they began smoking marijuana in the backseat and got in her face. She told them she was going to call the police soon.

"Acting more crazy and she was calling me names. 'You stupid Muslim. You stupid Arabic,'" she said.

She said when the woman demanded she pull over and end the ride - Bebe began recording the confrontation on her cellphone.

What bothers her most, she said, is how Uber responded to the situation.

Bebe said she contacted Uber support immediately and received a message that said the company had reviewed her situation and could not reactivate her account. She claims she was removed from the app for reporting the bad behavior.

An Uber spokesperson said any discriminatory language is unacceptable. They also said Bebe was removed not because of the one incident, but a repeated history of interpersonal conflicts with passengers.