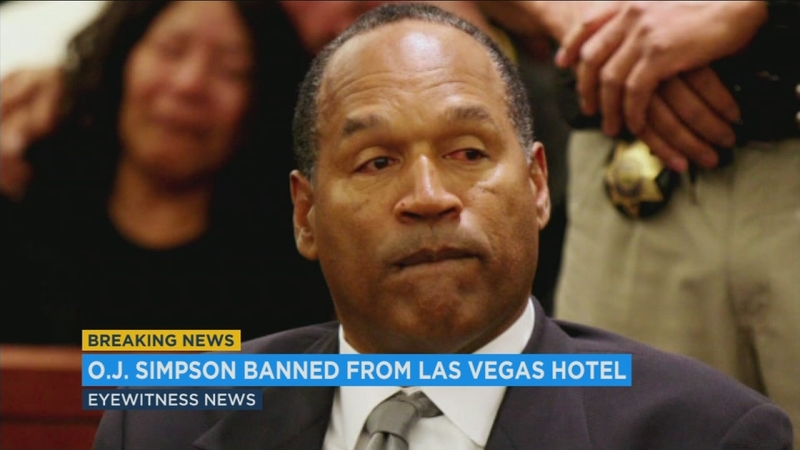 LAS VEGAS (KABC) -- OJ Simpson has been issued a trespass notice at the Cosmopolitan Hotel in Las Vegas after he was seen there Wednesday night.

Details on what, exactly, occurred at the hotel while Simpson was present were scarce, but Simpson's attorney Malcolm Laverne, issued a statement confirming that the former athlete was banned.

"Cosmopolitan exercised its right to issue a trespass notice. Any private property in Nevada has the right to tell any person that you are trespassing and please don't come back if you comeback you are subject to a misdemeanor arrest," Laverne said.

Las Vegas police said they were not involved in any investigation into an incident at the hotel involving Simpson, since it is considered a "private property issue."

A patron at the hotel's bar told ABC News that Simpson arrived around 10:40 p.m. About 10 minutes later, the patron snapped a photo with Simpson.

According to the witness account, others in Simpson's party drank wine, but Simpson himself abstained. Simpson stayed sitting at his table for the duration of the time he was at the bar, the witness said. He left around midnight.

Laverne maintains that Simpson was not drunk and did not became belligerent, contrary to some media reports.

There were no broken glasses or yelling at staff, Laverne said, reiterating that there is no video of any such behavior.