Where else would you film a concert?
KABC 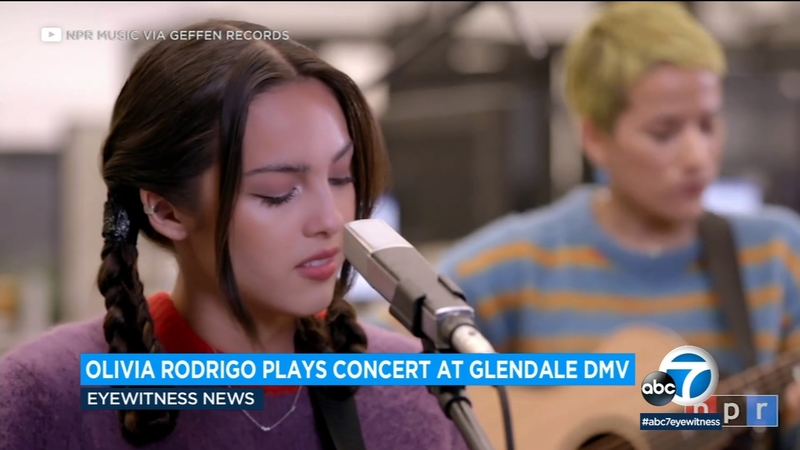 GLENDALE, Calif. (KABC) -- When you're a pop music sensation and your smash hit is called "Drivers License," there's only one place to film a concert - the DMV.

The California DMV took to Twitter on Tuesday asking its followers if they recognized the office - which appeared to be empty at the time of the filming.

👀 Anyone recognize this #CADMV office?

Rodrigo recently announced her "Sour" tour will kick off in San Francisco in April. It includes two shows at the Greek Theatre in Los Angeles.

On Tuesday, Google released its top trending searches of the year.

"Drivers License" was the most searched song on Google of 2021.