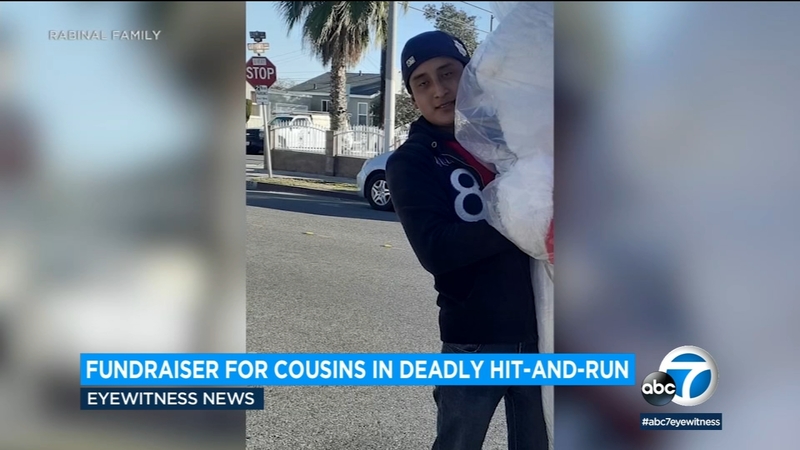 ONTARIO, Calif. (KABC) -- Fundraisers were held over the weekend on behalf of a fruit vendor who was killed and his injured cousin after a suspected intoxicated driver struck them while they were crossing an Ontario street.

Street vendors Ariel Tucubal Rabinal, 20, and his cousin Hector Rabinal, 32, were crossing Riverside Drive July 5 around 11:15 a.m. when the suspect's vehicle collided with them and their fruit cart, Ontario police said in a statement.

Ariel was pronounced dead at the scene. Hector remains hospitalized for his injuries that organizers of the fundraisers say could leave him unable to ever walk again. They say Hector was left with two fractured legs and ribs.

Fellow street vendors held fundraisers Saturday and Sunday to help the families of the two victims. Money raised will also go toward transporting Ariel's body to his native country of Guatemala, where most of his family lives.

A beloved fruit vendor was killed and another was injured after a suspected intoxicated driver struck them while they were crossing an Ontario street Monday, according to police.

The driver - identified as 43-year-old Jessica Dewet of Chino - was transported to a local hospital with minor injuries.