Chase ends with police shooting suspect near 10 Freeway in Ontario 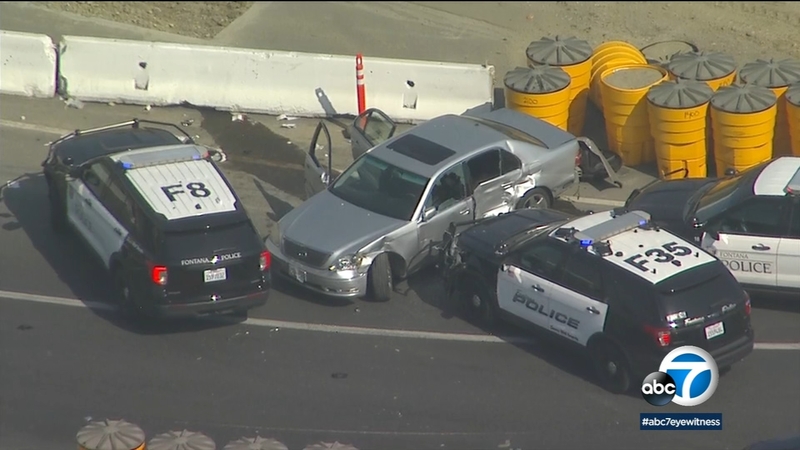 Chase ends with police shooting suspect near 10 Fwy in Ontario

ONTARIO, Calif. (KABC) -- A suspect was shot by police near the 10 Freeway in Ontario following a chase Monday afternoon.

The chase apparently began when the car's driver refused to pull over for Fontana police, triggering the pursuit.

The chase ended at the scene of the shooting near the eastbound 10 Freeway and Milliken Avenue.

Aerial footage captured by AIR7 HD showed the suspect's vehicle on the freeway onramp and it appeared police vehicles had rammed into the side of the suspect vehicle.

The person shot was transported to a hospital in unknown condition, according to Fontana police. Two people - a male and a female - were in the car, but it was unclear who had been shot.

It was not immediately known what prompted officers to shoot.