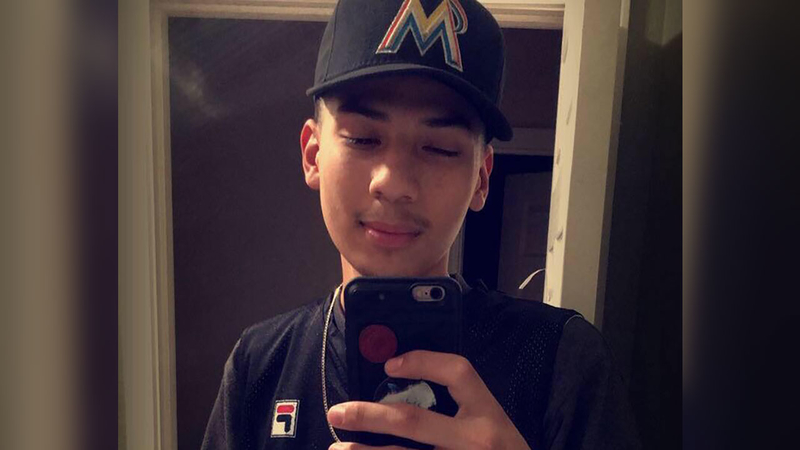 The victim's family members have identified him as 18-year-old Antonio Morales.

The grandfather of Morales' girlfriend tells Eyewitness News his granddaughter, grandson and a few other friends were over his house enjoying spring break when the guys decided to walk to a nearby store.

"They were hanging out, just kids, and they'd gone and bought a pizza and came back and decided they were going to go to the liquor store, and get sodas and stuff," said Tom Halford.

The shooting happened just after midnight on Wednesday near the intersection of Rosewood Court and Del Norte Avenue. Evidence of the shooting can be seen on a nearby block wall.

Halford, who lives nearby, said he heard the shots.

"They left here, and it wasn't a couple minutes later, it was seven or eight gunshots," he said.

Morales was hit in the chest, according to Halford. His friends escaped harm by running for cover.

"They ran that way... the last slug hit the electrical cabinet over there and they didn't get them, they crawled up underneath the truck."

Morales' older brother stopped by the scene. He said his brother was not a bad kid or involved in a gang.

According to Ontario police, witnesses reported seeing a vehicle leaving the scene. So far, investigators have not released a vehicle description or a possible motive for the shooting.