13-year-old arrested in Florida for threatening to shoot up school during video chat: Deputies

Officials in Florida's Orange County said deputies went to the student's home and found an airsoft pistol and knives.
KABC 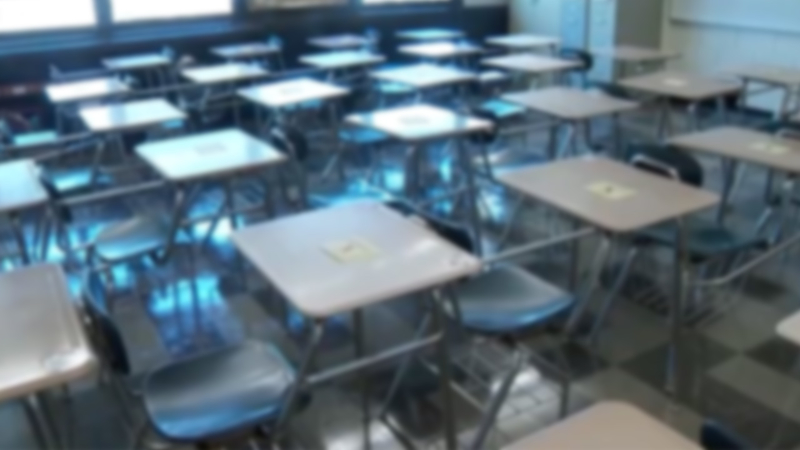 ORANGE COUNTY, Fl. (KABC) -- A 13-year-old student in Florida was arrested Friday for allegedly threatening to shoot up a school during a live video chat.

According to the Orange County Sheriff's Office, the student - who was expelled from a private school - was chatting with other students on a live video stream when he made the threats.

A tweet posted by the sheriff's office said the other students participating in the live chat immediately reported the threats.

OCSO arrested a 13 y/o expelled private school student for threatening to shoot up the school while on a live video chat with other students. Those students reported it & OCSO immediately followed up. At his home, they found an airsoft pistol & knives. #SeeSomethingSaySomething pic.twitter.com/NdaytpMNrS

Deputies then went to the student's home where they found an airsoft pistol and knives.

The name of the private school the student was expelled from was not immediately disclosed. It's also unclear what online platform was being used when the threats were allegedly made.

Meanwhile, law enforcement officials have been on high alert all day Friday after a threat of shootings and bombings at school campuses across the United States has been circulating on social media.

Posts have been circulating on TikTok raising awareness about the threats and encouraging students to stay home on Friday.

The social media threat indicates shootings and bombings will take place at schools across the U.S. on that date.

"The FBI takes all potential threats seriously," a spokesperson for the bureau said in a statement. "We regularly work with our law enforcement partners to determine the credibility of any threats. As always, we would like to remind members of the public that if they observe anything suspicious to report it to law enforcement immediately. While we continue to monitor intelligence, we are not aware of any specific threats or known credible threats to schools in the Los Angeles region at this time."

An LAUSD spokesperson told ABC7 that district officials were aware of the threats and released a statement that said in part, "While there is no reason to believe our schools are in any danger, please know we take all such threats very seriously and take any action necessary to ensure the continued safety of our school communities."

"Our school administrators work with school site staff, Los Angeles School Police and local and federal law enforcement officials - where warranted - to ensure that all threats are fully investigated and handled appropriately," the LAUSD statement continued.

A Los Angeles Police Department detective said that the agency was unaware of any specific local threats on Thursday.

TikTok said in a statement on Twitter that it was working with law enforcement to investigate.

"We handle even rumored threats with utmost seriousness," the statement said, "which is why we're working with law enforcement to look into warnings about potential violence at schools even though we have not found evidence of such threats originating or spreading via TikTok."

We handle even rumored threats with utmost seriousness, which is why we're working with law enforcement to look into warnings about potential violence at schools even though we have not found evidence of such threats originating or spreading via TikTok.

In a statement, the Ventura County Sheriff's Department said its detectives received information about "a national trend of unsubstantiated threats circulating on social media platforms, including Instagram, TikTok, and Snapchat, regarding mass school violence" on Dec. 17.

The sheriff's department emphasized that the threats were "general in nature" and lacked any specific locations, adding that authorities have received no threats against any schools in Ventura County. The agency noted that, for many schools, Friday is the last day before the start of winter break.

The Seal Beach Police Department said it would be increasing patrols and security around McGaugh Elementary School in light of the threats, which the agency described as "unsubstantiated and non-specific."
Noting that "information is often sent out through social media that is not credible," the San Marino Police Department said it takes "every report of a threat seriously until it can be determined to be unfounded and not a concern to public safety."

"Since the threat came from an anonymous source through social media, additional information and sources of information could not be determined," San Marino police said in a statement. "The threats are unsubstantiated, and one school within the larger Los Angeles metropolitan region received similar information and that threat was determined to be not credible."

Oxford High School officials met with the parents of accused gunman Ethan Crumbley the day before and morning of the shooting.

Santa Monica police said there has been no specific threat against any school in the city, and that "SMPD personnel will be conducting periodic checks and will remain highly visible around school campuses."

"The safety and wellbeing of our students is of utmost importance and we continue to work tirelessly to ensure the safety of our school community," the Santa Monica Police Department said in a tweet.

Superintendent for the Burbank Unified School District Matt Hill said in a statement to employees and families of students that the threat "appears to be the latest hoax and numerous police departments around the country have already investigated and publicly said there is no credible threat."

Hill added that Burbank police have confirmed there is no threat and schools remain safe.