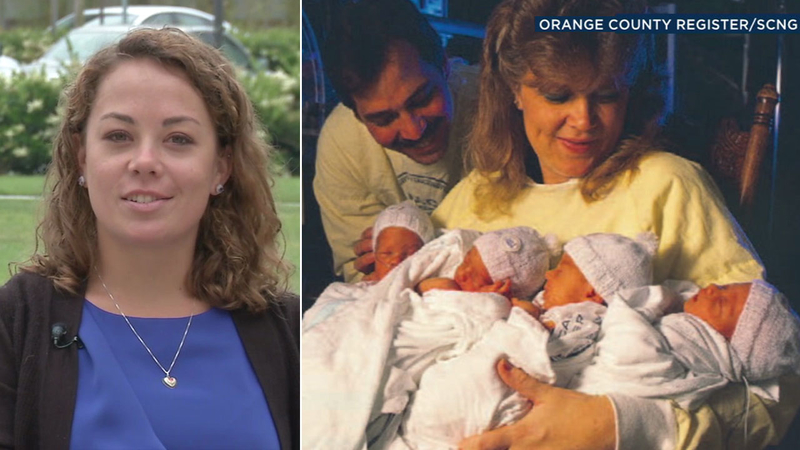 Now, one of them is about to graduate UCI after studying medicine because she was inspired by the doctor who delivered her. Brianna Miner, 27, considers the medical center part of her home.

It's where she was born and spent much of the last four years studying to become a doctor.

"After a career of more than three decades, it still stands as one of the highlights of my career," Dr. Manuel Porto said.

Porto delivered the Miner quadruplets. The Miners used a new method in the early days of assisted reproductive technology called gamete intrafallopian transfer. The kids were the first in the area that resulted from that technique.

Porto became a special part of the family, attending birthdays and graduation parties. He even called Brianna when she was accepted to UCI's medical program.

She hopes to embody some of the things she learned from Porto and his 33-year medical career. Next month, at her graduation, she asked the man who delivered her to place her hood and celebrate her earning the medical degree.

"I couldn't really imagine having anybody else, especially with me being at UCI for the last four years training alongside people that he's worked with," Brianna said.

Porto told a story of the delivery - that each baby was given a color to assure everything was organized. Brianna, who was the first born, was green. Now it's her favorite color and it somehow ended up being her hood color.