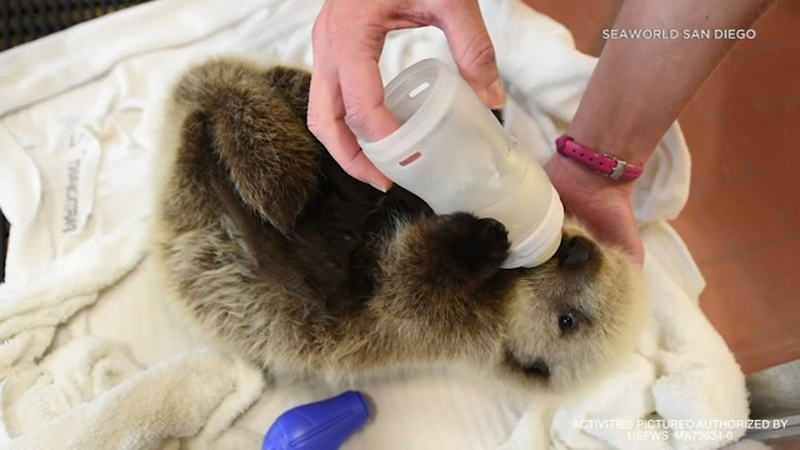 SAN DIEGO, Calif. (KABC) -- A sea otter that was orphaned is starting a new life, thanks to the staff at SeaWorld in San Diego.

The sea otter pup, called Cinder, was rescued earlier this month from a rehabilitation center in Alaska after she was deemed non-releasable. She was dehydrated and underweight at just five pounds.

Since arriving at the facility in San Diego, Cinder has nearly doubled in weight and has been hitting all of her developmental milestones.

Staff members have been teaching her the basics, including how to swim and groom herself.

Cinder will soon be introduced to the park's other resident female sea otters who were also orphaned. Their names are Mocha, Coco, Clover and Pumpkin.