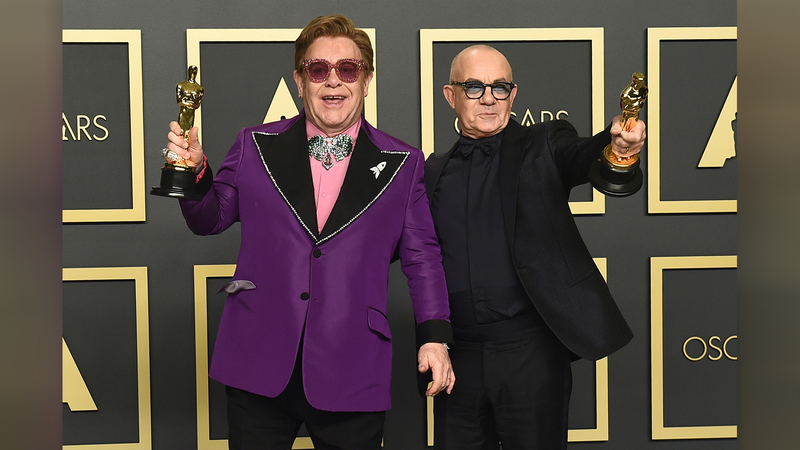 LOS ANGELES -- Twenty-five years after winning his first Oscar, Elton John has picked up his second win at the 2020 Academy Awards.

The pair won a Golden Globe earlier this year and noted that they had never won a Grammy Award together.

John paired with Tim Rice to win an Academy Award for "Can You Feel the Love Tonight'' from the original "Lion King.''

John thanked Taupin for being with him throughout his career, even when he was "screwed up."

Elton John has won a Tony Award and five Grammys and only needs an Emmy to join the elite clubs of EGOTs.