Stars celebrate Oscars at after parties all over Los Angeles 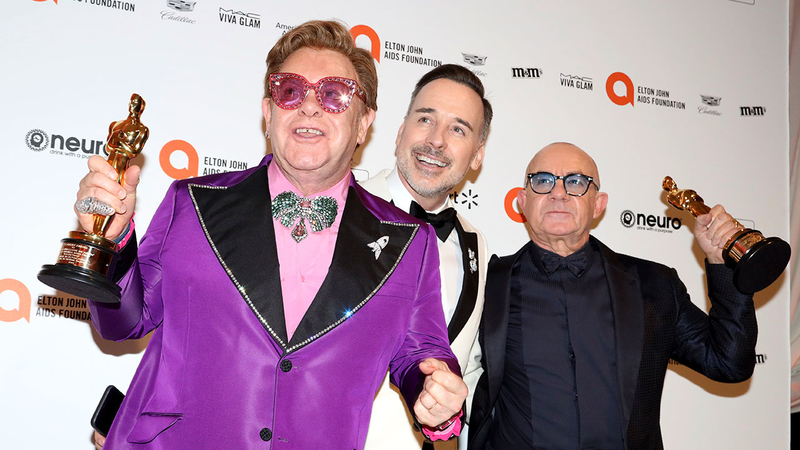 Stars turn out after the Oscars to the Governors Ball party

LOS ANGELES -- The Oscars may be over, but the party just got started as dozens of winners and other celebrities headed out to the various parties all over Los Angeles.

It was star-studded party at the Oscars' annual Governors Ball at the Dolby Theater in Hollywood. About 1,500 people were invited to continue the celebration of cinema. Inside, winners such as Brad Pitt made their way to have their Oscar award personalized.

Another party includes the 2020 Vanity Fair Oscar Party at the Wallis Annenberg Center for the Performing Arts in Beverly Hills, California. The Vanity Fair party is one of the hottest tickets in Hollywood, with guests such as Antonio Banderas, Tiffany Haddish and Josh Gad making appearances at the party.

Antonio Banderas, Tiffany Haddish and Josh Gad were among the guests at the 2020 Vanity Fair party.

At the Four Seasons Hotel in Beverly Hills, the Mercedez-Benz party was taking Hollywood's golden night to a whole other level. A-listers from film, music and even the sports world all gathered under one roof.
EMBED More News Videos

It's golden hour at the Mercedes-Benz Awards Viewing Party! Catch up on the star-studded action on otrc.com.

The 2020 Elton John AIDS Foundation Oscar Viewing Party in West Hollywood, California is one of the night's biggest bashes. Elton John spoke about his Oscar win at the party

The 2020 Elton John AIDS Foundation Oscar Viewing Party in West Hollywood, California is one of the night's biggest bashes.

Oscar winners and their other famous friends headed out to all the popular after parties around Los Angeles after the big night.