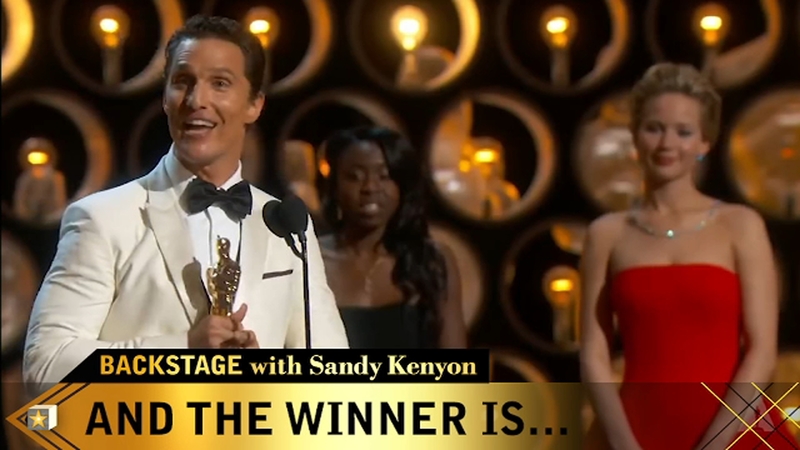 NEW YORK -- Ever wonder what it's like to win an Oscar?

"I was thinking about I was the only one in the category whose name started with an M," Matthew McConaughey explained. "As I was sitting there numb, I was waiting to hear the Mmmm."

McConaughey won the Oscar in 2014 for best actor for his performance in 'Dallas Buyers Club' during the 86th Academy Awards.

He lost 50 pounds to play AIDS patient Ron Woodruff in the film, but even after winning several awards for the performance, McConaughey said he didn't come to the Oscars expecting to win.

"I didn't have a speech written because I thought that would be like a coup de grace in the wrong way, but I knew who I was thankful for," he said.

He famously wrapped up his speech with a shout-out to his memoriable line from "Dazed and Confused":