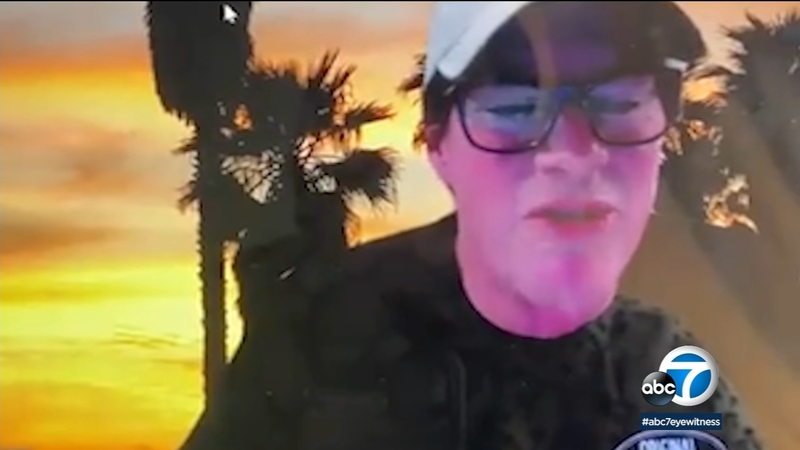 OXNARD, Calif. (KABC) -- A professor at Oxnard College has been put on administrative leave after a video surfaced on social media that shows him berating a hard of hearing student during an online class.

In the video taken by a classmate, the professor, identified as Michael Abram, appears audibly frustrated and tries to get the student's attention by calling her name, to which she responded: "I can hear you a little bit."

He then asked the student why she didn't answer him "all the times" he tried speaking to her.

"Have your counselor speak with me because you've got too much distraction to even understand what's going on," he says.

"Yes, I do because my translator is next to me explaining to me everything that you're saying," she responds.

"Okay. Then maybe...just have them teach you the whole class. That makes sense to me. I don't know. I don't understand it. But I see you laughing and smiling and giggling with somebody else."

At one point, a classmate steps in to help.

"Professor? She's actually hard of hearing so her translator goes in... she can't respond right away."

"The video itself is heartbreaking. No matter what led up to that interaction, there's no justification," said Luis Sanchez, acting president of the college.

The Ventura County Community College District held a press conference Friday to announce that Abram, who is a tenured faculty member, has been placed on administrative leave pending an investigation.

"We're here to support our students in their academic journeys and their success. We do not tolerate discriminatory, rude or bullying behavior," said Chancellor Greg Gillespie.

It's an incident that has left the deaf and hard of hearing community a bit shaken.

"It was appalling, honestly. It was horrifying. This is 2021 that we're living in," said Dr. Patricia Hughes, CEO of the Greater Los Angeles Agency on Deafness. "No matter what the age you need to have patience for the students that you're working with."

The student is actually enrolled at Moorpark College and was sitting in on the class at Oxnard College. The district says they are attempting to reach out to her.