2 people found shot dead on a bench at a train platform in Oxnard; police searching for killer 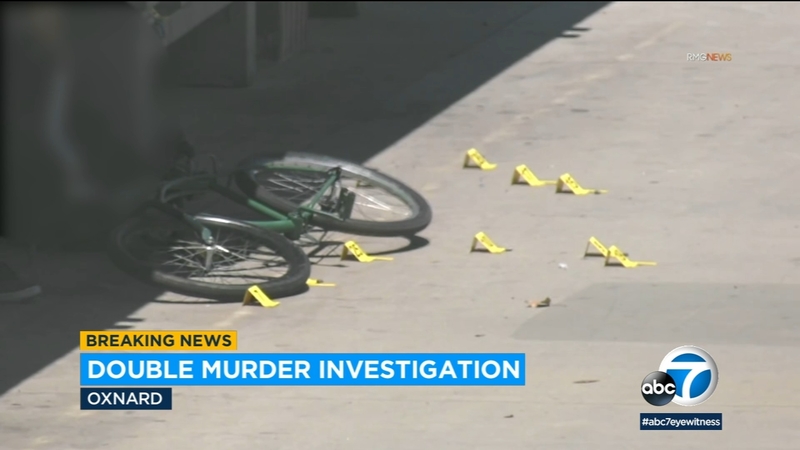 OXNARD, Calif. (KABC) -- Police are investigating after two people were shot dead in Oxnard. Now an all-out manhunt is underway for their killer.

The bodies of a 66-year-old man and a 34-year-old woman were found Sunday at about 6:30 a.m. on the train platform at Oxnard's Transportation Center located at 201 East Fourth Street, according to police.

Investigators say they believe the bodies had been there for hours until Oxnard Transportation Center security discovered them and called police.

The victims' bodies were seated on a bench on the train platform along the tracks suffering from gunshot wounds, according to detectives. They were pronounced dead at the scene by medical personnel.

The names of the victims are being withheld until their families are notified.

Detectives are asking anyone that may have video or photograph evidence of the shooting to upload their media to Oxnard Police Department's evidence portal here.