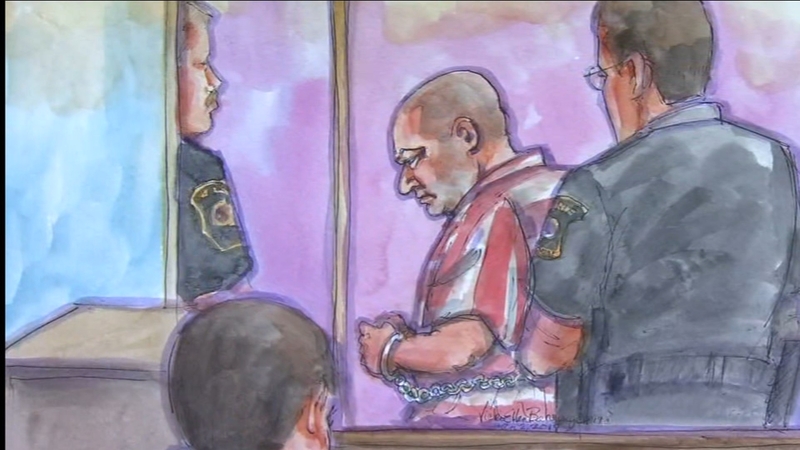 Man accused of murdering Corp. Ronil Singh to be evaluated, no plea entered

STANISLAUS COUNTY, Calif. -- An alleged cop-killer wore shackles as he entered the courtroom in Stanislaus County.

Pablo Virgen Mendoza, who uses the alias Gustavo Arriaga, is facing murder charges, however, he didn't enter a plea because defense attorneys are concerned about his competence.

Adrian Virgen, Conrado Mendoza, Ana Cervantes and Erik Quiroz, who all pleaded not guilty to abetting the suspect on Monday, will return to court after attorneys determine if there are any conflicts.

Action News cameras weren't allowed inside the courtroom, but Newman police officers and Singh's family members were inside.

In front of the courthouse were dozens of Singh's supporters, holding signs asking for justice and change.

"Our officers have a target on their back every time they leave their house and it's gotta stop," said Tina Saavedra.

Mendoza, a illegal immigrant, was arrested in Kern County two days after he shot and killed Coporal Singh during a DUI traffic stop.

A spokesperson for the Singh family didn't speak on camera, but told media that on behalf of the family, they wanted to thank everyone who's supported and helped them during this time.

Singh's wife and family members left the courtroom, outside, supporters put up dozens of blue bows in support of law enforcement.

"I hope Mrs Singh, every time she leaves her house and sees her neighborhood covered in bows, that she remembers she's not alone," said Amanda Young from Blue Line Wives.

Mendoza's family members were also in the courtroom, however, declined to comment.

The suspect is being held at the Stanislaus County Jail with no bail.

Based on the charges, the suspect could possibly face the death penalty, however, no penalty's been decided.

Mendoza is due back in court in February after he's evaluated.