Pacoima community continues to advocate for the closure of Whiteman Airport, while others want the airport to stay.
KABC
By Amanda Palacios 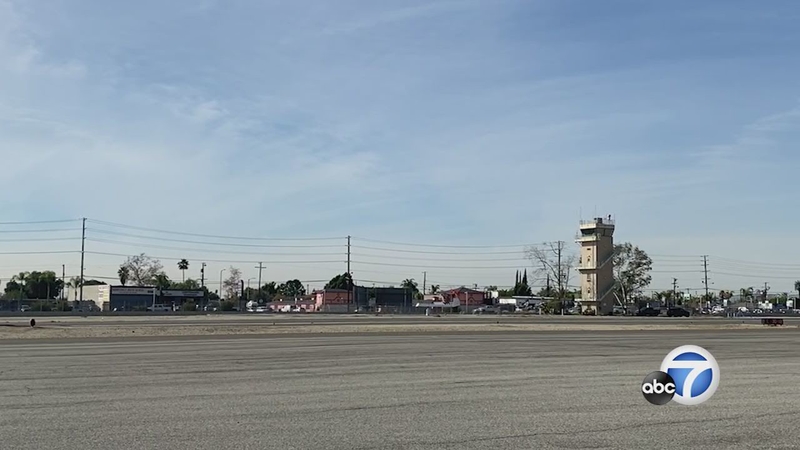 PACOIMA, LOS ANGELES (KABC) -- Whiteman Airport has been serving the community of Pacoima for over 70 years, but residents and local leaders are concerned about its safety after a recent plane crash that occurred near the small airport in early January. The cause is still under investigation.

"Our community deserves respect and dignity," said Yesenia Cruz, the director of youth programs for the community organization Pacoima Beautiful.

Those against the county-owned airport say there have been issues with it for years, saying it's too close to home and, unlike commercial airports, it has no regulations when it comes to operating hours. A pilot can take off or land at any time.

"The community just wants to be heard, they want to be respected, and they want the county to be transparent, and so that's why we're advocating for its closure," said L.A. City Councilmember Monica Rodriguez.

Rodriguez said there have been 16 aviation accidents related to the airport since 2009. The most recent fatal accident occurred in 2020 when a plane crash-landed next to homes in the area due to engine failure, killing the pilot.

Congressman Tony Cardenas recently wrote a letter to the FAA and National Transportation Safety Board, asking for more information on the airport's safety protocols.

"When we get these answers ... then the community and people like myself can determine whether or not the airport is safe and operating as safely as possible," said Cardenas.

Meanwhile, other community members want the airport to stay. They say it's an asset to the community and pilots.

Kolstad has been helping kids at Whiteman Airport learn about aviation since 1992.

"We now fly about 50 to 60 kids every month, but the idea is to give kids some exposure to flying," said Kolstad.

"It's the only airport around that that does make flying affordable for someone of average means," said the director of development of EAA Chapter 40, Bill Berle.

"We're giving kids careers; we're sending them towards college ... and that's why many of us are so upset with people claiming that the airport doesn't do anything," said Berle.

In a statement, L.A. County Board Supervisor Sheila Kuehl wrote:

"I have always understood that the community adjacent to the Whiteman Airport has longstanding concerns about the impacts the airport has on their neighborhoods. In response, early last year, my office created The Whiteman Airport Community Advisory Committee, which has been reviewing concerns pertaining to the Airport, including the most recent crash, and is conducting a top-to-bottom analysis of airport safety, uses and multiple impacts. The Committee is also contributing to the development of a plan, informed by independent environmental studies, to assess noise pollution, exhaust, and other environmental impacts of the airport. That plan will also consider the airport operating hours, how existing facilities might be used differently, the airport's role in disaster operations, community emergency notification systems, creation of recreational amenities and landscape improvements, additional community benefits, and the numerous economic impacts on the community. The Committee's recommendations, which are expected to be released late this summer, will provide us with an analysis and recommendations that will inform future modifications to the airport, including any movement towards possible closure."

The Whiteman Airport Community Advisory Committee will hold its next meeting on Jan. 27.