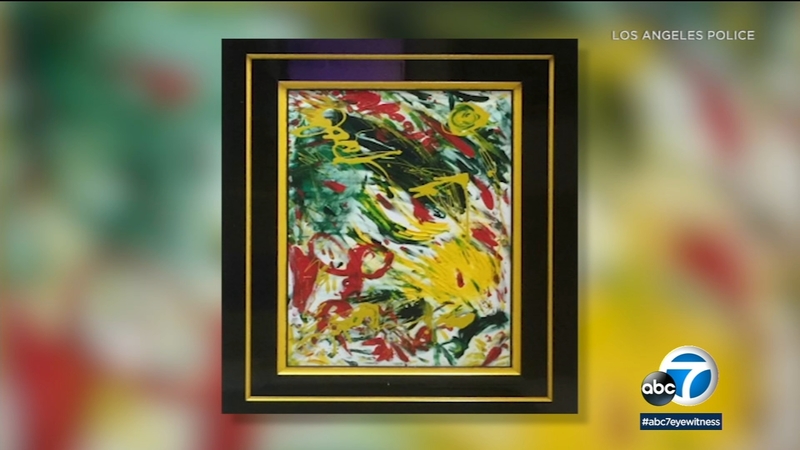 LOS ANGELES (KABC) -- Police in Westchester are asking for the public's help in tracking down the person who stole a car with two paintings inside that could be worth millions of dollars.

The auto theft occurred sometime after 7:30 p.m. on Feb. 25 near West Kenyon Avenue and 80th Street, where the victim parked his four-door Lincoln MKZ and left it for the night, the Los Angeles Police Department said.

At about 11:30 a.m. the next day, he discovered the car was stolen, according to police.

The victim also told authorities that he had two original Jack Armstrong paintings inside.

Armstrong, whose work typically includes bold and bright colors, is credited with founding the art form "Cosmic Extensionalism," according to his website. His paintings have been priced as high as $6 million, the site states.