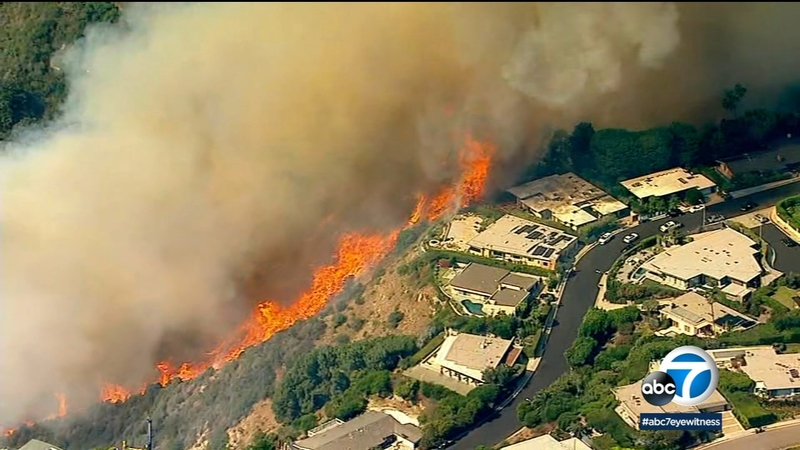 PACIFIC PALISADES, LOS ANGELES (KABC) -- Firefighters battled a blaze that threatened homes in the Pacific Palisades neighborhood of Los Angeles as the fire consumed more than 40 acres of hillside brush.

The blaze was reported in the area of the 500 block of N. Palisades Drive around 10:40 a.m. It burned on steep hillside terrain as temperatures hovered in the mid-80s, but fire officials noted that it was fortunate the winds were not significant on Monday.

All evacuation orders were lifted at 9 p.m. as the fire was 10% contained. They had been ordered in the area surrounded by Charmel Lane to the west, Bienveneda Avenue to the east, Merivale Lane to the south and the end of Lachman Lane to the north. 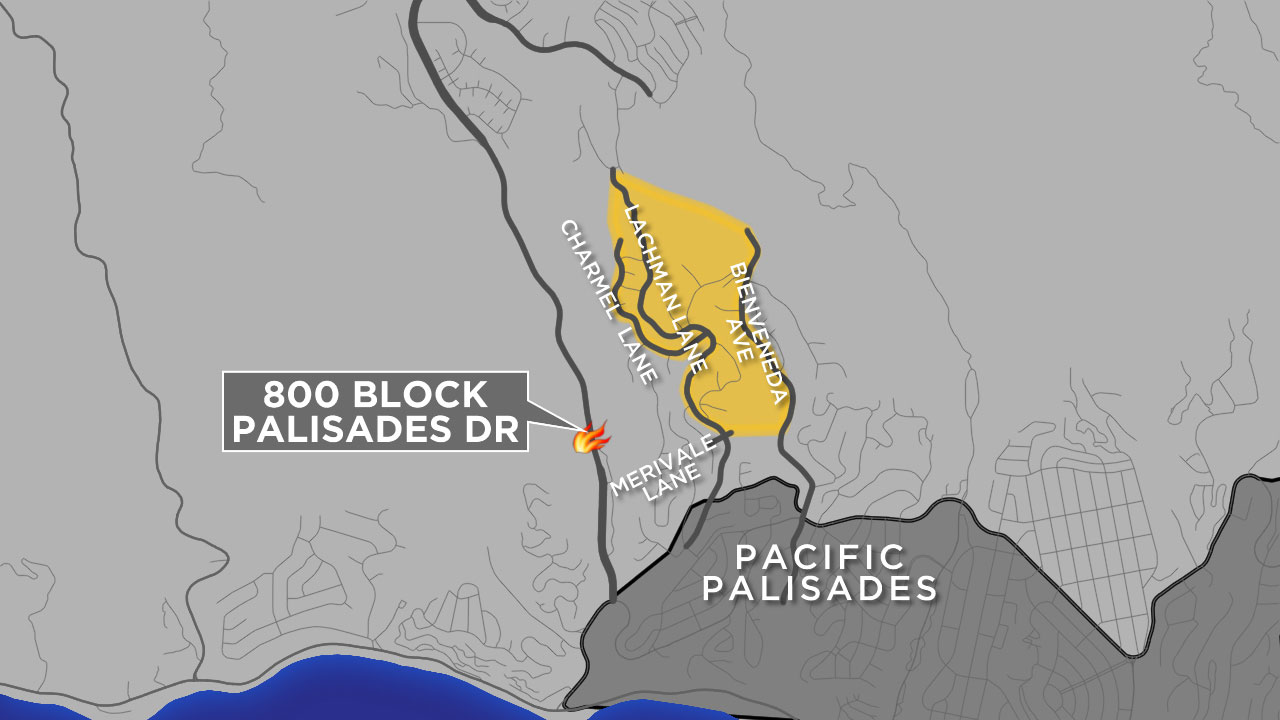 Evacuations were ordered in neighborhoods of Pacific Palisades as a brush fire approached dangerously close to homes.

"This is an extremely challenging fire for hand crews," said one LAFD official. "They're essentially clawing their way up this hillside with rocks coming down at them."

About 150 city and county firefighters were in place to battle the blaze from the air and the ground.

Homeowners were seen spraying hoses on the hillside and evacuating their homes.


Traffic was jammed on local roads as dozens of residents tried to leave the area but in some cases were blocked by fire equipment and slowed by the challenge of navigating narrow hillside roadways.

Flames came within feet of the backyards of some homes along Vista Grande Drive and Charmel Lane. But water drops from the air appeared to be having an effect in keeping the flames from spreading to the actual structures.

No structures have been destroyed and no injuries had been reported.

The fire began at the base of Palisades Drive, but no cause has been established. Arson investigators were on scene.