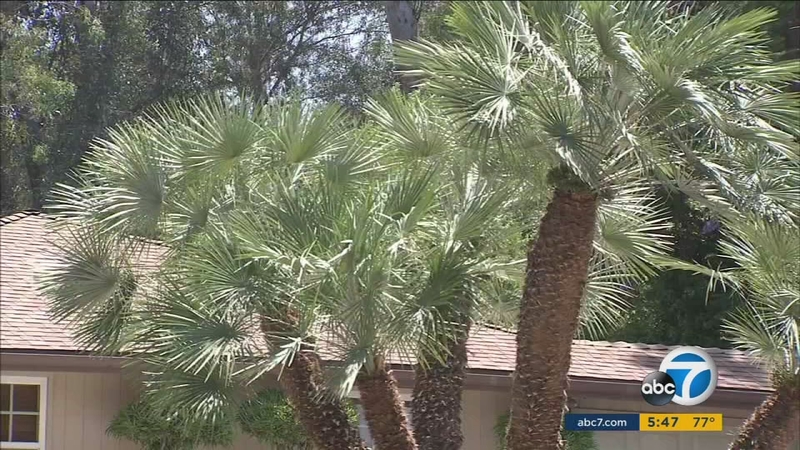 The South American palm weevil attacks palm trees, feeding on the leaves and fruits, but also spreading bacteria which lead to disease that can kill the trees.

The weevils have already devastated palm trees throughout Tijuana and have been moving north, according to Mark Hoddle, with the UC Riverside Center for Invasive Species Research.

"Right now the weevil population appears to be confined to San Diego County, but traps have picked up weevils in the Coachella Valley, and they've also been picked up as far away as Arizona and Texas," Hoddle said.

Hoddle said not only is Southern California's $70 million ornamental palm industry threatened, but so is the region's entire iconic landscape.

"When people visit California they expect to see palm trees on the beach, around our sports stadiums, in public areas, people's gardens," Hoddle said. "So if this weevil establishes here and starts killing the palm trees it has the potential to start changing the landscape."

The good news is that the state has had some success defeating invasive pests in the past. The red palm weevil started attacking palm trees in Laguna Beach about six years ago, but it was eradicated more than a year ago.