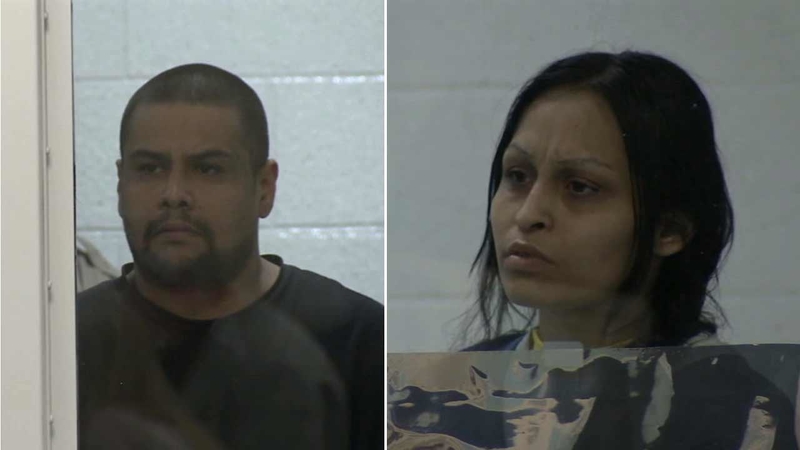 Gabriel Fernandez died in May 2013. Prosecutors say he was the victim of repeated abuse.

His mother, 31-year-old Pearl Sinthia Fernandez, was a no-show inside a downtown L.A. courtroom Wednesday morning, and her attorney didn't say why.

Fernandez and her former boyfriend, 35-year-old Isauro Aguirre, were both charged with capital murder in Gabriel's death. The young boy suffered a fractured skull, several broken ribs, and had been shot with a BB gun. He was later declared brain dead.

Aguirre, who previously denied a plea deal, did appear in court. He sat quietly as Deputy District Attorney Jon Hatami announced their decision to seek the death penalty.

"I'm happy, I just wish that he would have plead guilty or taken the plea deal so that we didn't have to go through this whole thing," Paula Pedraza said.

Pedraza and Nancy Prieto help manage a Facebook page called Gabriel's Justice -- it has 63,000 followers. They're not related to Gabriel, but come to court to be a voice, not only for him, but for all children.

They're now concerned what may be revealed as this case moves forward.

"I'm pretty sure that more horrific evidence is going to come out, and it's just terrible," Pedraza said.

Gabriel's father, siblings and grandparents have filed a wrongful-death lawsuit against various county departments and the Palmdale School District. According to the lawsuit, more than 60 abuse reports were filed to authorities.

Fernandez and Aguirre are due back in court in about two weeks. Both defendants have pleaded not guilty. The judge in this case says he will be releasing some key exhibits as evidence, including photos.