One complaint filed on behalf of the city clerk claims he brought a gun to work after he was accused of discrimination.
KABC
By Leo Stallworth 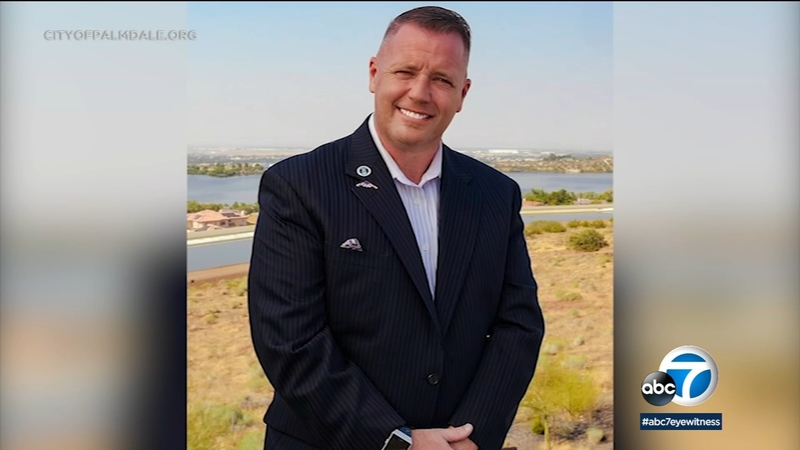 During last Wednesday's city council meeting, the board elected to dismiss city manager J.J. Murphy and appoint Ronda Perez as its interim city manager. Murphy was promoted to city manager in 2019.

One complaint filed on behalf of city clerk Shanae Smith claims Murphy brought a gun to work after he was accused of discrimination, forcing her to leave.

"This is a case about a city manager who is out of control," read the complaint.

Palmdale's human resources manager, Patricia Nevarez, also filed a complaint against Murphy and claims she was the victim of workplace retaliation.

"He is a concealed weapon carrier and had let it be known that he has brought the weapon to work before," she told Eyewitness News during an interview via Zoom last week. "I was asked to interfere with an investigation that was being done by our city attorney's office against the city manager. I refused to interfere in the investigation and then I was retaliated against."

Attorney Brad Gage, who is representing several of the workers who filed complaints against Murphy, said the employees' workloads were increased at one point and were even given low performance scores.

"Their work was scrutinized, their work was increased, they got criticized in evaluations when before they were glowing," explained Gage. "Afterwards, they were basically told they weren't good employees, then they filed their own complaints."

Another complaint was filed by deputy city manager Mike Behen, who told ABC7 he's never seen a situation play out like this before.

"I've been employed with the city for 31 years, born and raised in the Antelope Valley, in my entire career ... I've never seen anything like this before," he said.

Murphy, however, denies all the allegations. He spoke with ABC7 last week and claims his time served as city manager was turbulent.

"I'm confident that when the truth comes out, I'll be vindicated," said Murphy.

"I put the city on notice on December 1st of 2020 of the hostile work environment created by the mayor," said Murphy. "My story is going to come in. This isn't my first rodeo. I wasn't going to be railroaded."

Meanwhile, community activist Jesse Smith said Murphy has been a friend to communities of color and said he's shocked by the complaints filed against him.

Palmdale Mayor Steve Hofbauer issued the following statement regarding the claims against Murphy.

"As with all matters related to anticipated or pending litigation and/or personnel matters, City officials cannot comment."

The city also issued a statement that says in part, "all concerns are being referred to the Sheriff's Department as the City takes staff safety seriously."

The dismissal without cause is effective after 30 days from Wednesday, Feb. 16, as required by the city. Murphy will remain on paid administrative leave until then.