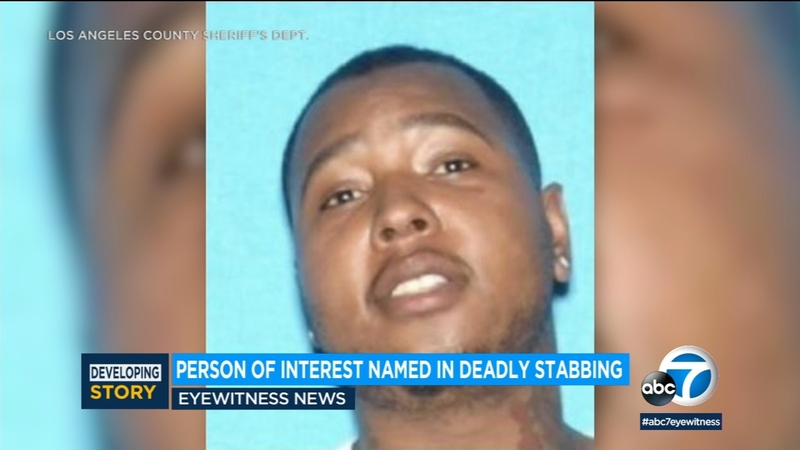 PALMDALE, Calif. (KABC) -- The stepson of a retired LAPD officer is being sought for questioning in the stabbing death of his stepfather.

Darryl Lee, 59, was found stabbed to death on Wednesday afternoon on the 39500 block of Colchester Court in Palmdale. Tyrell Gay, 29, has been named a person of interest in the case, the Los Angeles County Sheriff's Department announced Saturday.

Authorities say Gay is considered armed and dangerous. If seen, the public is urged not to approach him and call 911 instead.